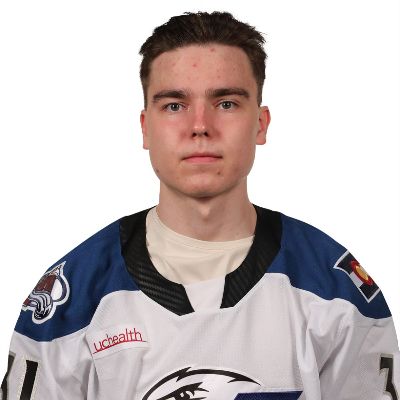 Annunen was selected 64th overall by the Colorado Avalanche in the third round of the 2018 NHL Entry Draft. He made his professional debut with the Colorado Eagles at the tail end of the 2020-21 season, playing in 2 regular-season games in which he posted a 2.93 GAA and .900 save percentage.

Prior to coming to Colorado, Annunen concluded his season with Karpat in Finland’s top professional league, going 7-9-7 with a 2.43 goals-against average and a .880 save percentage. The 6-foot-4, 210-pound netminder led the league in the 2019-20 campaign with a 1.77 GAA and .929 save percentage. He also established a new league record for the longest shutout streak in a single season at 302 minutes, five seconds.

In addition to his time professionally, Annunen represented Finland at the 2020 IIHF World Junior Championship, where he finished the tournament with a .916 save percentage and a 2.65 goals-against average in six contests. He also helped Finland capture the gold medal at the 2018 IIHF U18 World Championship, registering a 6-0 record with a 2.00 goals-against average and a .914 save percentage in six games.