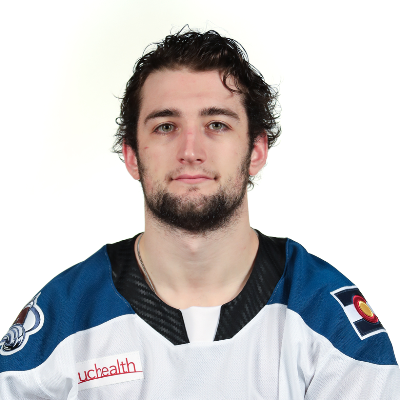 Gilbert was a third-round pick of the Chicago Blackhawks in the 2015 NHL Draft. After being drafted, he spent three years at the University of Notre Dame before going pro, helping lead Notre Dame to a Big-10 Championship in 2018.

He spent the 2018-19 and 2019-20 seasons splitting time between the Chicago Blackhawks and their AHL affiliate the Rockford Icehogs before being traded to Colorado with Brandon Saad by Chicago for Nikita Zadorov and Anton Lindholm on October 10, 2020.

Gilbert has skated in 25 NHL contests with the Colorado Avalanche and Chicago Blackhawks.

He put up eight points in 17 AHL games with the Eagles during the 2020-21 season. He is entering his fourth year as a pro and second year with Colorado.