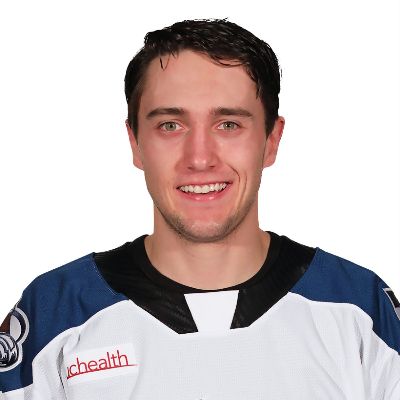 Henry was selected by the Avalanche in the fourth round of the 2017 NHL Entry Draft and came to Colorado after a five-year career at the junior level.

Henry made his professional debut with the Colorado Eagles at the end of the 2018-19 season and has notched 6 goals and 7 assists in 59 AHL games. He has also spent time with the ECHL's Utah Grizzlies, scoring 4 goals and 3 assists in 8 games there.

In 194 WHL contests with the Lethbridge Hurricanes and Regina Pats Henry posted 78 goals and 126 assists, highlighted by a 2018-19 campaign that saw the 19 year old net 29 goals and 65 assists in 69 games. He also led the Portage Terriers to a MJHL Championship during the 2015-16 season, collecting 26 goals and 35 assists and was named the MJHL Rookie of the Year.