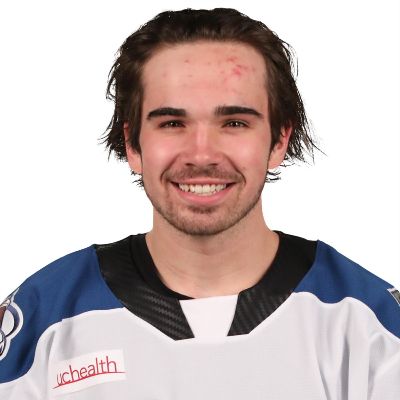 Selected by the Avalanche in the first round (16th overall) of the 2019 NHL Draft, Newhook spent two seasons with the Victoria Grizzlies of the British Columbia Hockey League from 2017-19, producing 168 points (60g/108a) in 98 career regular-season games and 33 points (14g/19a) in 27 total postseason contests. He served as team captain in 2018-19 and led the league with 102 points (38g/64a), pacing the BCHL in assists and finishing third in goals to earn the Vern Dye Memorial Trophy as the league’s most valuable player and BCHL First Team All-Star honors. Newhook added a league-leading 24 points (11g/13a) in 15 postseason games, ranking second in goals and tied for fourth in assists.

As a freshman at Boston College in 2019-20, Newhook earned the Tim Taylor Award as the NCAA Division I Rookie of the Year, the first player from the school to do so. He was also named the Hockey East Rookie of the Year, the ninth player in program history to be recognized as the league’s top first-year player. Newhook tallied 42 points (19g/23a) and ranked ninth nationally in points per game and tied for the team lead in scoring. He led all NCAA freshmen in goals, game-winning goals (4) and shorthanded goals (3), while his +28 rating was third in the country.