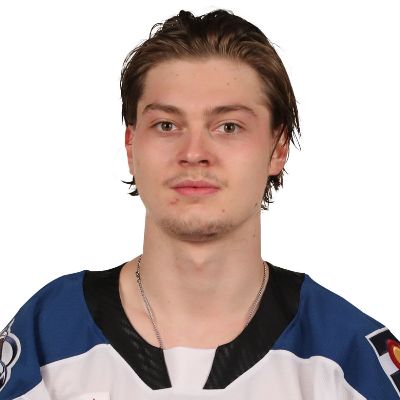 Ranta, 21, made his professional debut with the Colorado Eagles in the 2020-21 season. He recorded 4 goals and 3 assists in 14 AHL contests and 1 goal and 1 assist in 2 post-season games before getting called up to the Colorado Avalanche. Ranta played in 2 games with the Avalanche during the 2020-21 Stanley Cup Playoffs.

He completed his junior season at the University of Minnesota, finishing with a career-best 31 points in 31 games while also establishing career highs in goals (19) and assists (12). His 19 tallies ranked second in the nation while he led the Gophers in goals, points and finished second in power-play goals (3). Ranta’s +19 rating and four game-winning markers were both tied for second on the team. The Naantali, Finland, native was named to the All-Big Ten First Team and was a Big Ten All-Tournament Team Selection and finished with 67 points (37g/30a) and a +27 rating in 102 career NCAA games with Minnesota.

Selected by the Avalanche in the third round (78th overall) of the 2018 NHL Draft, Ranta played two seasons with the Sioux City Musketeers, totaling 46 points (29g, 17a) in 83 career USHL contests. He was tied for second on the team in points (37) and ranked third in goals (23) during his final campaign in 2017-18.