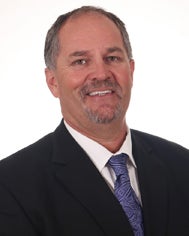 Lind is the team’s Chief Executive Officer.  In addition to being a local land developer (Water Valley & Pelican Lakes Golf & Country Club, among other endeavors.), Lind is also a local community leader & philanthropist. 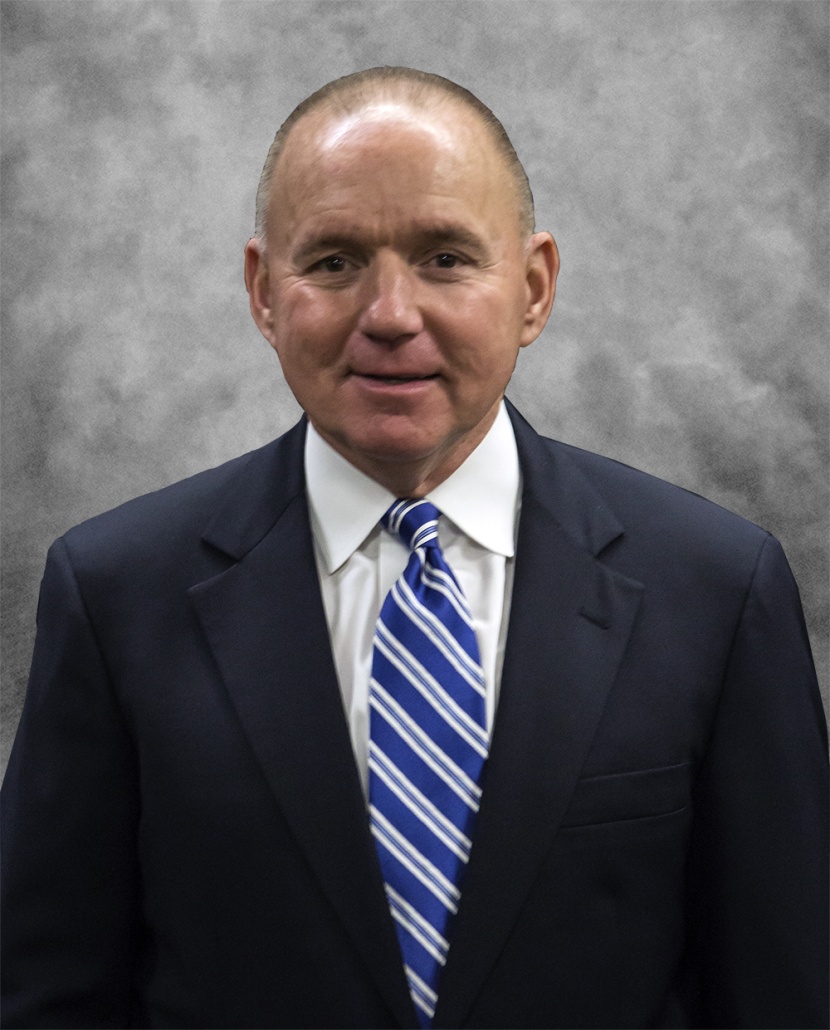 Petrovek most recently served as CEO and alternate governor for the AHL’s Stockton Heat from 2017 to 2020.  In addition, he has previously led the American Hockey League’s Adirondack Flames (2014-15), Portland Pirates (2000-14) and Utica Devils (1987-90), as well as serving as team president of the ECHL’s Adirondack Thunder (2015-17). Petrovek’s professional experience also includes hosting three league All-Star Classics, including the AHL All-Star Game in Portland, Maine in both 2003 and 2010, and the ECHL All-Star Classic in Glens Falls, New York in 2017.

Petrovek’s resume also boasts a senior management position with the NHL’s New Jersey Devils, where he served as the Vice President of Marketing for four seasons under Lou Lamoriello (1989-1993). After six years with the Devils’ organization, Petrovek accepted a position with USA Hockey, where he worked for seven years as deputy executive director (1993-2000) and as executive director of the USA Hockey Foundation during his final two years (1990 -2000) in Colorado Springs. Petrovek served as Team Leader for Team USA at the 1996 World Cup of Hockey and for the United States Men’s Team at the 1998 Olympic Winter Games in Nagano, Japan. Petrovek worked with Team USA during its championship run at the 1996 World Cup of Hockey and was inducted into the US Hockey Hall of Fame with the team in 2016.

Petrovek was an All-American goaltender at Harvard before being selected by the NHL’s Los Angeles Kings and the WHA’s Edmonton Oilers in 1975. He was inducted into the Harvard University Athletics Hall of Fame in 1998.

Petrovek has built a long history of community service and leadership, most recently spending the past year as president and CEO of United Way of York County in Kennebunk, Maine. He also served on the boards of the United Way of Greater Portland and United Way of San Joaquin County. 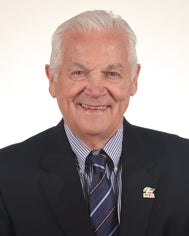 The man that brought hockey to Northern Colorado, Ralph Backstrom, retired as the Colorado Eagles' original president and general manager on July 31, 2007. Backstrom founded the Colorado Eagles of the Central Hockey League in 2002, and in 2003 the team began to play at the brand new Budweiser Events Center in Loveland, Colorado.
In four seasons under Backstrom's guidance, the Eagles won the Northwest Division four times, two Governors' Cups as regular season champions and two President's Cups as CHL championships.

Backstrom entered the world of professional hockey as a champion with the Stanley Cup-winning Montreal Canadiens of the National Hockey League in 1959, and he left the game as a champion with the Eagles winning their second President's Cup in 2007.
Backstrom's name will always be synonymous with the Colorado Eagles, and he was a vibrant part of the community that he and his wife, Janet, both loved.

A native of Kirkland Lake, Ontario, Backstrom was the captain of the 1958 Memorial Cup Champion Ottawa-Hull Junior Canadiens and was voted by the media as the best junior player in Canada.

The following season, he signed with the Montreal Canadiens, won the Calder Trophy as the Rookie of the Year, and helped his team win the first of his six Stanley Cups. There are only nine players in Stanley Cup competition - dating back to 1893 - that have their name inscribed on the cup more than six times.

Following his 19-year playing career, Backstrom went on to coach the University of Denver Pioneers for nine seasons, winning the Coach of the Year award in 1986. He then coached the Phoenix Roadrunners of the International Hockey League before starting up Roller Hockey International, where he served as the senior vice president and commissioner from 1992-99.

In his final stop before founding the Eagles, Backstrom served as a scout for the St. Louis Blues of the National Hockey League until 2002. His vision and guidance brought Northern Colorado a hockey team that has had the best record in the CHL since joining the league, and his leadership has established the Colorado Eagles as one of the premier minor-league hockey teams in North America.

Ralph passed away on February 7th, 2021 at his home in Windsor. He is survived by his wife Janet, daughter Diana and sons Andrew and Martin. 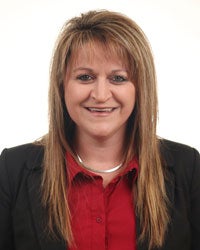 Jennifer joined the Eagles in 2004 and is the team's Vice President and Accountant. In her role, she oversees all team finances and handles several upper-management duties.  She is a Colorado native and graduated from the University of Northern Colorado.  In her spare time, she enjoys sports, shopping, traveling and spending time with her family and dogs. 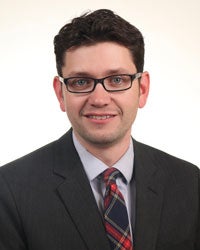 Gavin is the head of the Eagles Corporate Department. In this position he overseas all corporate relationships for Eagles corporate partners as well as creating new and exciting promotions for the Eagles' home games. He is a graduate of Colorado State University, with a degree in marketing and international business. Gavin joined the Eagles organization during the team's inaugural season. He enjoys golfing, skiing and CSU Rams football. He and his wife Stephanie lives in Timnath, Colorado with their two children and dog. 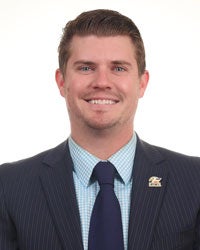 Sean is a Colorado native born and raised in Summit County, Colorado.  He graduated with a degree in Business Administration from Colorado State University and joined the Eagles ticketing department as an Account Executive in 2013.  His responsibilities include managing the sales team, developing ticketing strategies, implementing best practices and maintaining customer relationships.  In his free time, Sean enjoys playing golf, running, snowboarding, and spending time with family and friends. 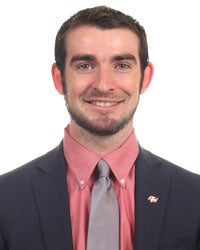 Jack is an Ohio native who moved to Colorado in 2007.  He graduated from Colorado State University in 2015 with a degree in Communications.  After spending 2 seasons as a marketing and promotions intern, he was hired on in the Ticket Sales department.  His responsibilities include season ticket sales, group ticket sales, account representation, and customer service representation.  In his free time, Jack enjoys playing soccer, golf, hiking and spending time with family and friends. 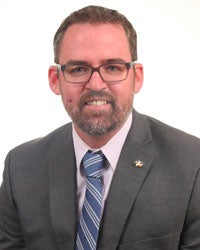 Ryan is a Colorado native born and raised in Aurora, CO. He graduated with a degree in Graphic Design from Aims Community College in 2003.  Working in the Eagles Ticketing Department he helps with managing season ticket accounts and generating new leads. Ryan is married and has two daughters and lives in Fort Collins. He enjoys spending time with his family and friends. 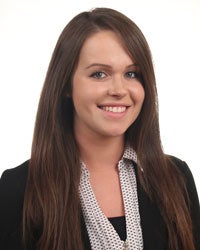 Alyssa Van Amerongen is a Colorado native born and raised in Loveland. She graduated from the University of Northern Colorado in 2016 with a degree in Business Marketing. After spending the 2016-17 season as a Marketing and Promotions intern, Alyssa was brought on full-time as the merchandise manager. Her responsibilities include designing and ordering new merchandise, managing online and game-day merchandise sales and customer service representation, and reviewing and fulfilling non-profit donation requests. In her spare time, Alyssa enjoys hanging out with friends and family, hiking, paddle boarding, and spending time in the Colorado outdoors. 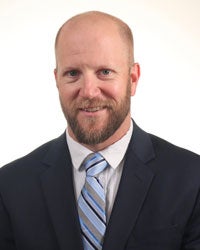 Ben serves as the Eagles' Senior Account Executive of Corporate Partnerships. In this position, he maintains the team's corporate sponsorships and coordinates all in-game promotions. Ben is originally from Aurora, Colorado and graduated from Colorado State University in 2000. He served as an intern in 2001-02 with the Nashville Predators before coming back to Colorado and working for the Eagles. Ben enjoys camping, fishing, hunting, golf, climbing 14ers and playing hockey. He and his wife live in Windsor with their dog and 2 children. 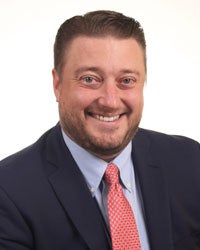 Kevin McGlue has been “The Voice of the Eagles” since the 2009-10 season. A Colorado native, McGlue has a great familiarity with the team and has been involved with their broadcasts for 16 of their 18 seasons to date. He’s also a recognizable voice in Northern Colorado region, with 19 years of experience as a member of the Colorado State University football broadcast, as well as nearly a decade of news radio experience on his resume. 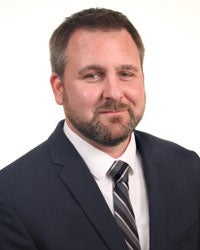 Phil is the head of the game operations department which is responsible for finding and booking acts, implementing all sponsor promotions during games, and the overall entertainment during a game. As the Director of Video Services, Phil is responsible for creating and producing the game day introduction videos, highlight reels and graphics for the LED displays in the Budweiser Events Center. Gladden graduated from Southwest Missouri State University in 2003 with a B.S. in Mass Media Production. Prior to joining the Eagles he worked for the Rio Grande Valley Killer Bees as the Director of Game day Operations and Creative Services. Phil has been a freelance videographer and editor since 2003 and has worked on both advertising and television programming. In his free time, he enjoys golfing, skiing, hunting and fishing. 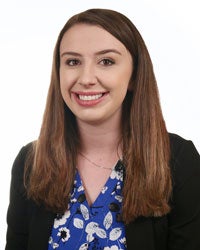 Erin was born and raised in Parker, Colorado. She graduated from the University of Northern Colorado with a degree in Sports Administration in 2019. Previously Erin worked as the director of game presentation and marketing for the University of Northern Colorado Hockey program and was a marketing and promotions intern with the Eagles during the 2018-19 season. She is responsible for planning and implementing all in-game entertainment elements. In her spare time she enjoys attending sporting events and spending time with her family, friends, and dog Wrigley. 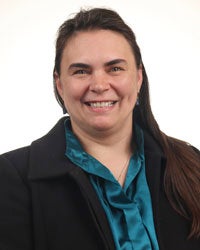 Emily has served as the Eagles' art director since the team's inaugural season. In this position, she is the team's graphic designer for all printed materials, and she also oversees the Eagles' Kids Club. Ostapovich graduated from Colorado State University, and enjoys spending time with her family; husband (Ryan) and three daughters.

Contributing Photographers for the 2020-21 Season: