A Commitment to Those Who Have Served

The second week in November would traditionally find the Colorado Eagles and their fans filling the Budweiser Events Center to not only enjoy an early season match up on the ice, but to show their appreciation to the men and women who have served in the United States military. In an annual display that features a 21-gun salute, an enlistment ceremony for those taking the oath of service and Old Glory stretching from blue line to blue line, the team’s Military Appreciation Night game has become a beloved tradition in Northern Colorado.

"The Colorado Eagles have always held a tremendous level of respect for those who have served in the United States military,” said Eagles president and general manager Chris Stewart. “To see the emotion that fills the building on that night is truly special and to watch the next generation of future soldiers take their oath of service always instills a sense of tremendous pride in the fabric of our community and our country.”

The years have seen salutes to some outstanding local veterans who have served on the beaches of Normandy, the Korean Peninsula, the jungles of Vietnam, the deserts of Iraq and all points in between. Among those honored was Fort Collins resident and Congressional Medal of Honor winner, Staff Sgt. Sal Giunta who was awarded the military’s highest honor for his valiant efforts during a firefight in Afghanistan.

“After watching the these amazing individuals that have sacrificed so much for our country get recognized by the arena, it’s so special to see them get pulled aside by other veterans as we escort them back to their seats to share stories,” said Eagles assistant general manager Gavin Riches. “The mutual admiration and respect the veterans have for one another is so humbling to witness every season.”

The November tradition at the BEC has also given fans the opportunity to thank those from the “Greatest Generation”, a salute that has become all the more precious as the group’s numbers have grown smaller and smaller with the passing of time.

“We have been so fortunate to have had several members who have served in World War II that reside in our community to share their stories not only with Eagles country, but also with those 100+ individuals that will protect our country and are taking the oath of enlistment during the second intermission,” said Riches.

Although the effects of the COVID-19 pandemic have put this year’s Military Appreciation Night on hold, it will only be a temporary pause to an event which the Colorado Eagles never intend to let go. “Military Night at the Eagles is meant to bring those that have served, have family members who have served, and those that plan to serve together for a night of celebration. While we are not sure the date the next Military Night celebration will occur, our team and community are committed to making the next event the most special one yet,” said Riches. 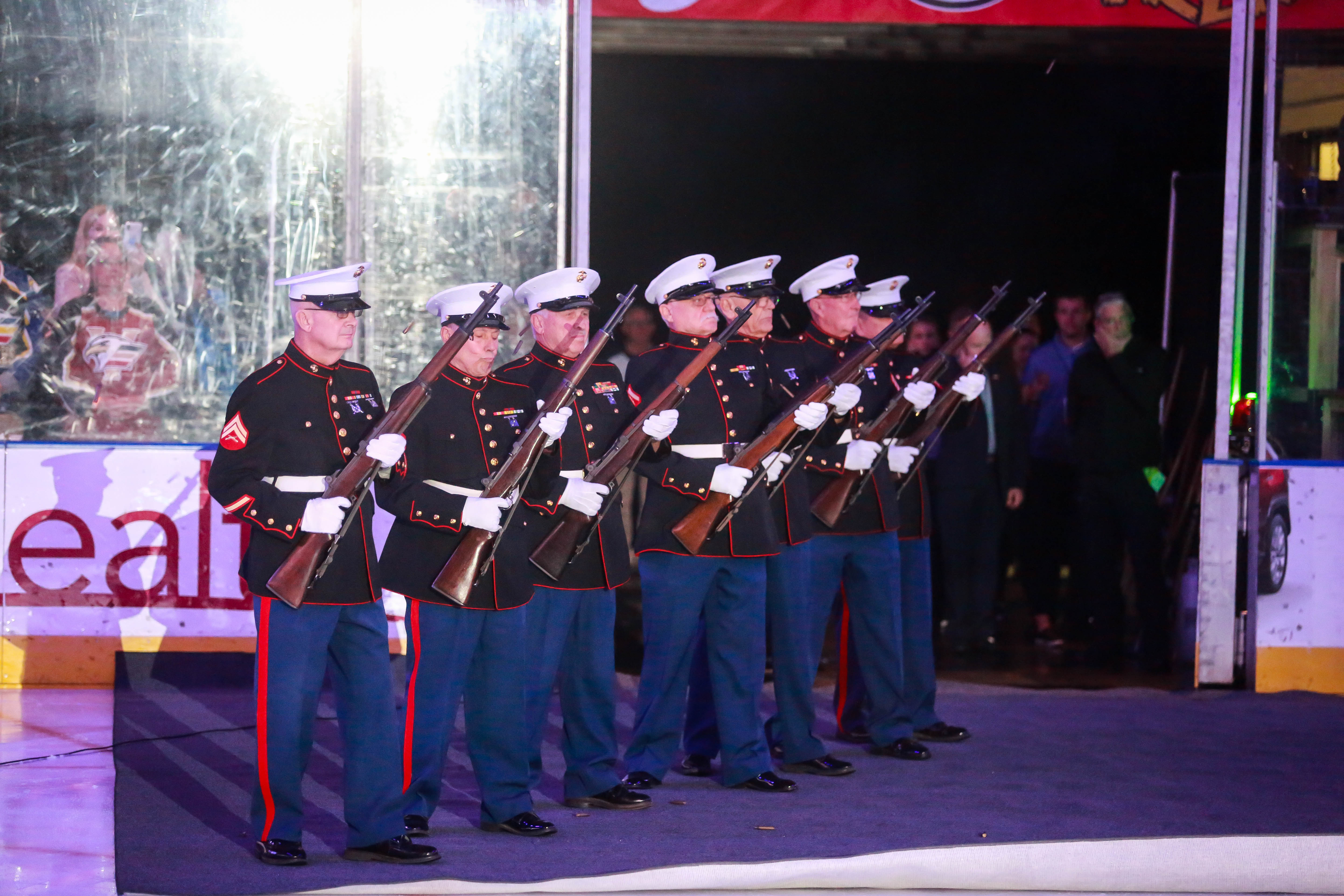