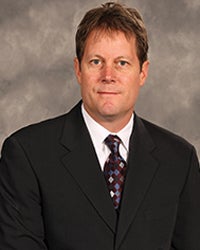 Craig Billington is entering his 20th year with the Avalanche's front office and his eighth as Assistant General Manager. He primarily works with the organization's minor league affiliates, the Colorado Eagles of the American Hockey League and the Utah Grizzlies of the ECHL.

Billington manages the team's rookie camp each year and in 2016, he oversaw Colorado's inaugural Rookie Showcase, a three-day tournament that included the Anaheim Ducks and San Jose Sharks at the Ice Centre at the Promenade in Westminster, Colorado.

Prior to assuming this current role, Billington most recently held the title of Vice President of Player Development/Minor League Operations. The London, Ontario, native started as the club's goaltending consultant before being named Director of Player Development. He added the title of vice president in the summer of 2008 and was named to his current role on June 24, 2013.

Billington was New Jersey's second choice (23rd overall) in the 1984 Entry Draft. He played two full seasons with New Jersey in 1991-92 and 1992-93 before joining the Ottawa Senators. In 1993, Billington was selected to play in the NHL All-Star Game. He also spent time with Boston and finished his career with the Washington Capitals.

Billington played in two world junior championships and backstopped Canada to the gold medal at the 1985 IIHF World Junior Championship in Finland.

Craig resides in Denver with his family. 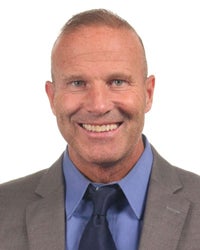 Cronin served two seasons as head coach of the Islanders' AHL team, the Bridgeport Sound Tigers, from 2003-05. The Arlington, Mass., native led the Sound Tigers to the playoffs during his first season in 2003-04 with a record of 41-23-16 (98 points).

Following his time with Bridgeport, Cronin spent six seasons as the head coach at Northeastern University from 2005-06 to 2010-11. He helped rebuild the Huskies program, improving from three wins in his first season to an NCAA tournament appearance in 2009, the school's first in 15 years. That season, he won the Hockey East's Bob Kullen Coach of the Year Award.

One of the co-founders of the United States National Development Program in Ann Arbor, Mich., Cronin served as the head coach and director of player development for the U.S. Under-18 Team for two years from 1996-98. Internationally, Cronin worked as an assistant coach for Team USA at the 1997, 2011 and 2012 IIHF World Championship, as well as the 1997 and 1998 IIHF World Junior Championship, where he helped the U.S. Junior National Team to a silver medal in 1997.

Cronin earned a Master's Degree in Business at the University of Maine in 1990, while serving as a graduate assistant for the hockey team. 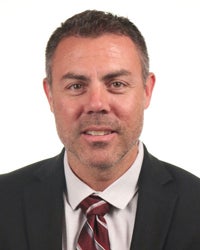 Schneekloth joins Greg Cronin’s staff as an assistant coach after leading the Eagles to back-to-back Kelly Cup Championships in his two seasons as the team’s bench boss in the ECHL. Schneekloth finished 2nd in the ECHL's Coach of the Year voting during his each of his first two seasons, after leading Colorado to a 47-20-2-3 record during the 2016-17 and a 48-18-4-2 mark during the 2017-18 campaign. He would also guide Colorado to a stellar record of 32-10-2 in the postseason.

Schneekloth previously spent three seasons as the Eagles assistant coach under Chris Stewart. Prior to moving behind the bench, Schneekloth enjoyed a highly decorated professional career that spanned 11 years and saw him spend seven seasons in an Eagles sweater, including a championship season in 2007. Schneekloth retired in 2013 as the Eagles' all-time leader in points, goals, and assists by a defenseman. He also left having etched his name into the Eagles record book ranked 5th overall in points (356), 2nd in games played (382), and 6th in goals (111). He also owns an NCAA championship as a member of the University of North Dakota team which captured the NCAA title in 2000. 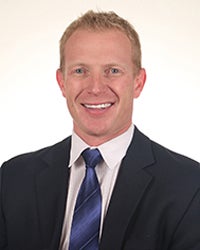 The Colorado Eagles’ inaugural season goaltender re-joined the team in 2006-07 as goaltending coach.  His duties were then expanded heading into the 2007-08 season when he was named assistant coach and served as interim head coach while Chris Stewart recovered from offseason back surgery.  Prior to coaching, Bach played eight seasons of professional hockey including two stops in the NHL with the Detroit Red Wings and the Los Angeles Kings.

Bach attended Colorado College for four seasons, finishing with a 53-19-8 record with the Tigers.  He was an All-WCHA First-Team Goaltender twice, as well as being a two-time All-American with CC.  He started his career in the Red Wings’ system playing for Adirondack.  The following season, he played for the Houston Aeros and was selected as an IHL All-Star.  In his last two seasons before coming to Colorado, Bach won two straight English Superleague Championships with the Sheffield Steelers and the Belfast Giants.  He finished up his pro career with the Eagles going 33-15-5. 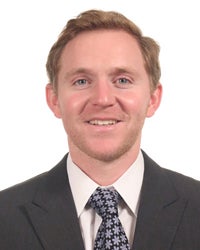 Steven Petrovek recently finished his third season as the video coordinator for the Colorado Avalanche's American Hockey League affiliate after spending one year in the same position with the Lake Erie Monsters.

The Yarmouth, Maine, native graduated from DU in 2014 with a bachelor's degree in American government and politics.

Woodside joins the Eagles after recently finishing his fourth season as the head athletic trainer for the San Antonio Rampage. Prior to joining the Rampage, Woodside spent five seasons in the same position with the Lake Erie Monsters (2010-2015) and seven years in the Central Hockey League.

After earning his bachelor's degree in Athletic Training from Quincy University in Quincy, Illinois, in the spring of 2000, Woodside began his career at a rehab clinic in southern Illinois. Eighteen months later, he moved to Albuquerque, New Mexico, to pursue his Master's degree in Sports Administration at the University of New Mexico.

While pursuing his degree at New Mexico, Woodside worked with the school's football team as a member of the sports staff for a year-and-a-half. In February of 2003, he joined the New Mexico Scorpions of the CHL as the club's head athletic trainer, a position he held until May 2005. From September 2005 to May 2006, Woodside served as the head athletic trainer and strength and conditioning coach for the Corpus Christi Rays of the CHL before returning to the Scorpions in the same capacity from September 2006 to May 2009. After spending three years with the Scorpions, Woodside took his skills to Allen, Texas, to serve as the head athletic trainer and conditioning coach for the Allen Americans of the CHL during the 2009-10 season. 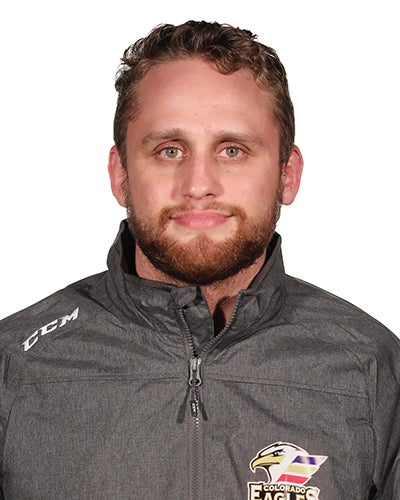 Kurt-Hurst is entering his third season as the Assistant Athletic Trainer for the Colorado Eagles and is also currently serving on staff at Orthopedic and Spine Center of the Rockies. He has previously worked in the world of athletics as the Head Athletic Trainer at Cheyenne South High School from 2016 to 2018. 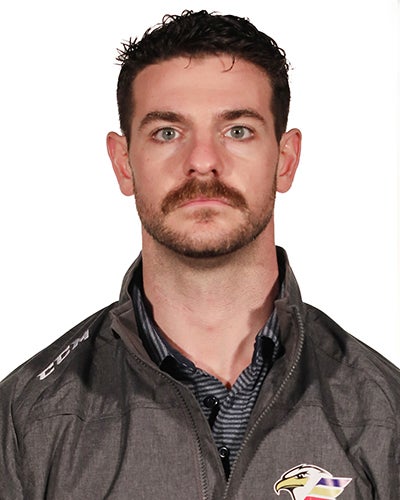 Gately comes to the Colorado Eagles for his first season after serving as the first Club Sports Strength & Conditioning Coach in Colorado School of Mines history. The Hartford, Connecticut native spent three years as the Assistant Strength & Conditioning Coach for the AHL’s Hartford Wolf Pack. During his time with the Wolf Pack, Kevin oversaw the design and implementation of player monitoring technologies as well as assisting with the strength development of top New York Rangers prospects. Over 15 prospects made their NHL debut while Kevin was with the organization.

Prior to his time with the Wolf Pack, he also worked for the AHL’s Charlotte Checkers in Charlotte, North Carolina. While he was in Charlotte, he also coached lacrosse for Charlotte Christian Preparatory School. Kevin continues to play lacrosse today and recently completed a fellowship at the University of Denver, assisting with their Men’s Lacrosse, Men’s Hockey and Men’s Soccer teams. He currently resides in Denver with his bulldog, Roscoe.