A Look at the New Faces at Eagles Training Camp

As the Colorado Eagles get set to open their upcoming training camp on January 25th fans will see a variety of exciting new faces taking to the ice at the Budweiser Events Center. In what has now become a 10-month off-season since the Eagles last skated on March 11, 2020, it’s a good time to recap some of those new arrivals who will be vying for a spot on the 2020-21 Colorado Eagles roster. 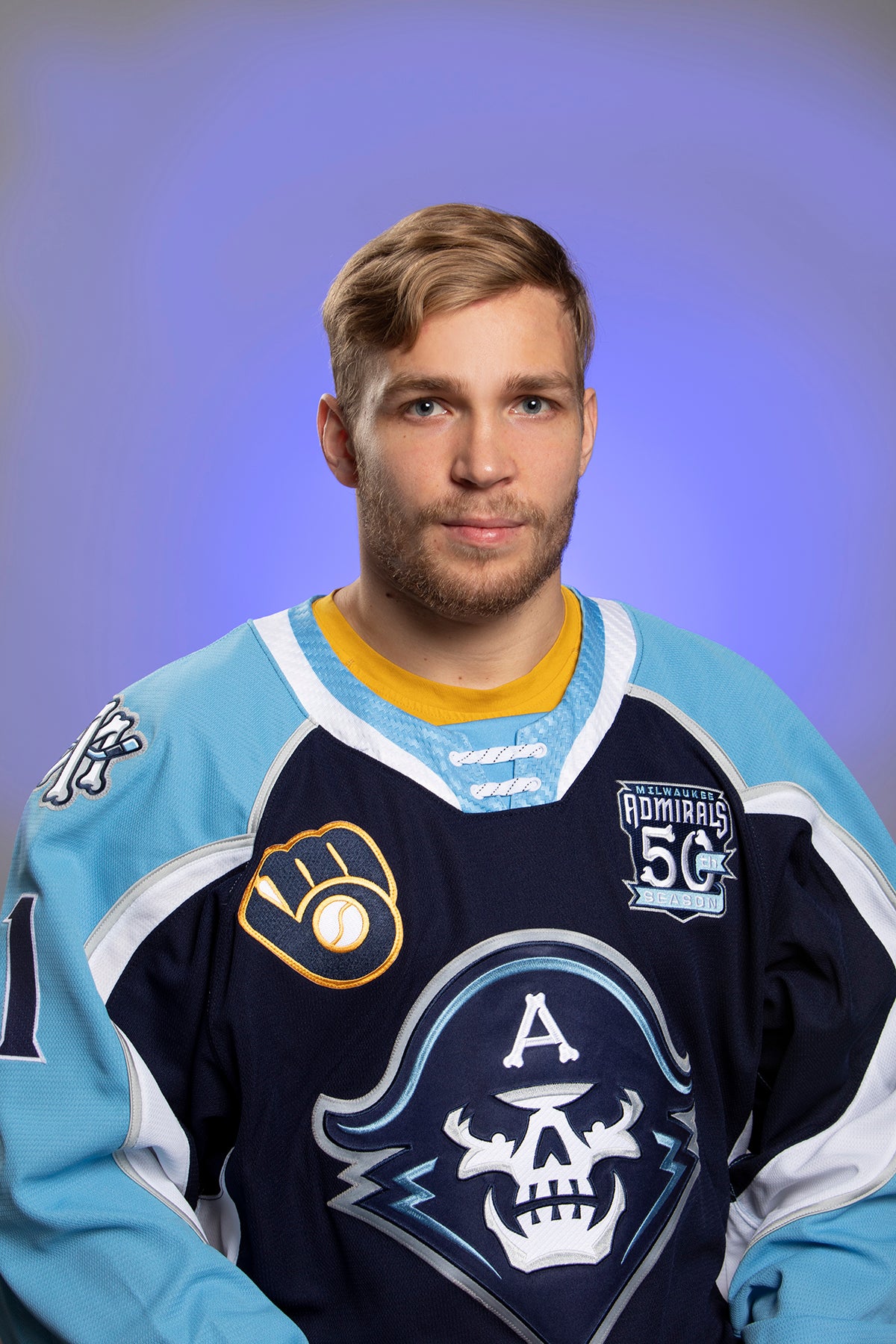 Salomaki, 27, spent the majority of the 2019-20 season with the American Hockey League’s Milwaukee Admirals, tallying 15 points (5g/10a) in 41 games while appearing in five games (1g/0a) for the Nashville Predators. Following a Feb. 22 trade to the Toronto Maple Leafs, Salomaki skated in eight games for the club’s AHL affiliate, the Toronto Marlies, tallying four points (2g/2a). Selected by Nashville in the second round (52nd overall) of the 2011 NHL Draft, Salomaki has collected 27 points (12g/15a) in 167 career NHL contests, all for the Predators. He has also appeared in 30 Stanley Cup Playoff games, recording three points (1g/2a).

The Raahe, Finland, native represented his country at the 2014 IIHF World Championship, recording two points (1g/1a) in 10 games to help Finland capture the silver medal in his first appearance in the tournament. Salomaki also competed for Finland at three consecutive IIHF World Junior Championships from 2011-13. 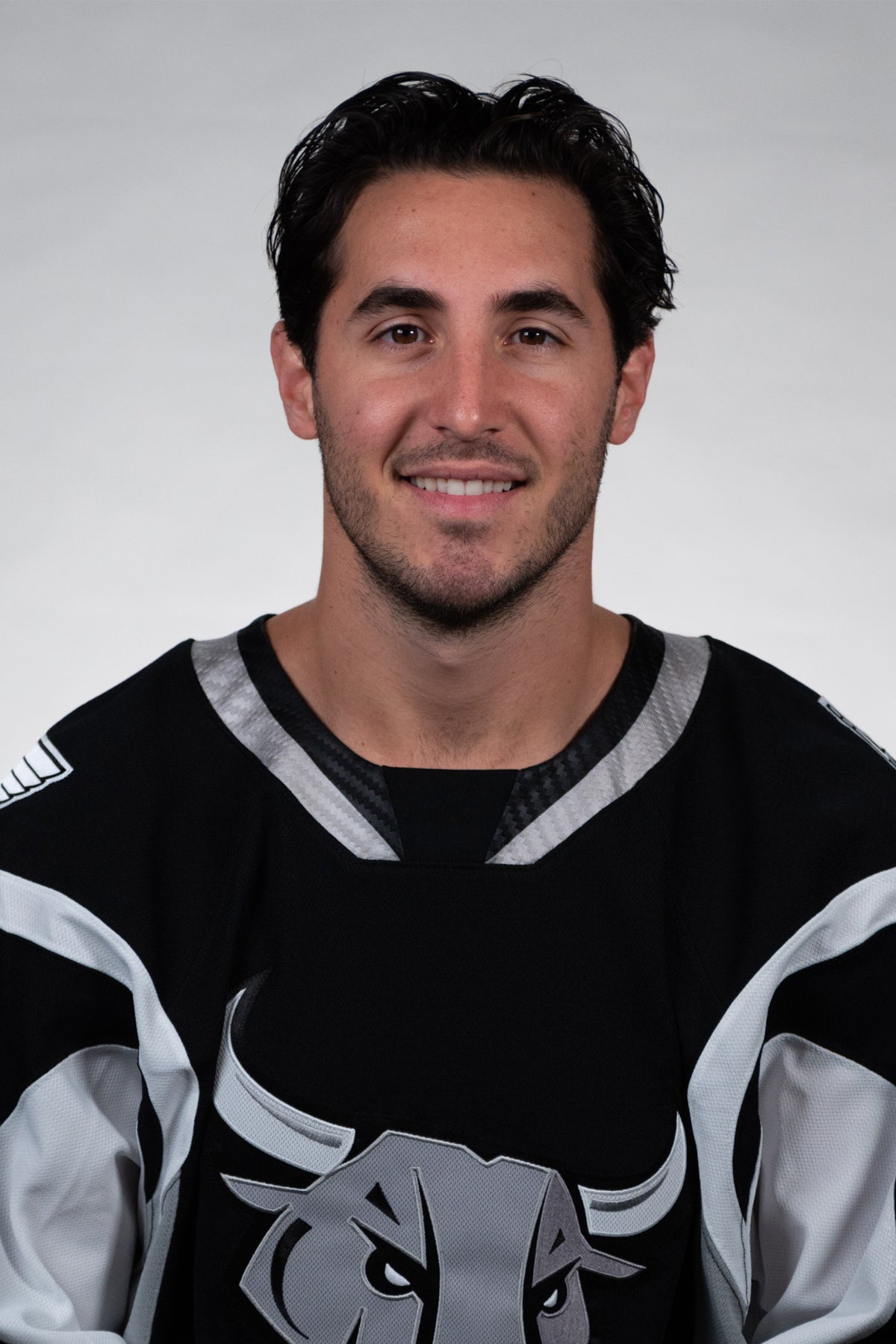 Vecchione, 27, spent the 2019-20 season with the American Hockey League’s San Antonio Rampage, recording 36 points (21g/15a) in 61 games and leading the club in goals and finishing second in points. Signed by the Philadelphia Flyers as a free agent on March 31, 2017, Vecchione has skated in two NHL contests (0g/0a), both for Philadelphia, and has recorded 114 points (53g/61a) in 193 career regular-season AHL outings for the Lehigh Valley Phantoms and the Rampage. In 2018, the 5-foot-10, 194-pound right wing skated in 12 Calder Cup Playoff games for Lehigh Valley, tallying seven points (3g/4a).

Vecchione played four seasons at Union College from 2013-17, where he amassed 176 points (71g/105a) in 149 career games, finishing his career as the program’s all-time leader in points and assists. The Saugus, Mass., native served as team captain for two seasons (2015-17) and was a Hobey Baker finalist and ECAC Player of the Year in 2017. 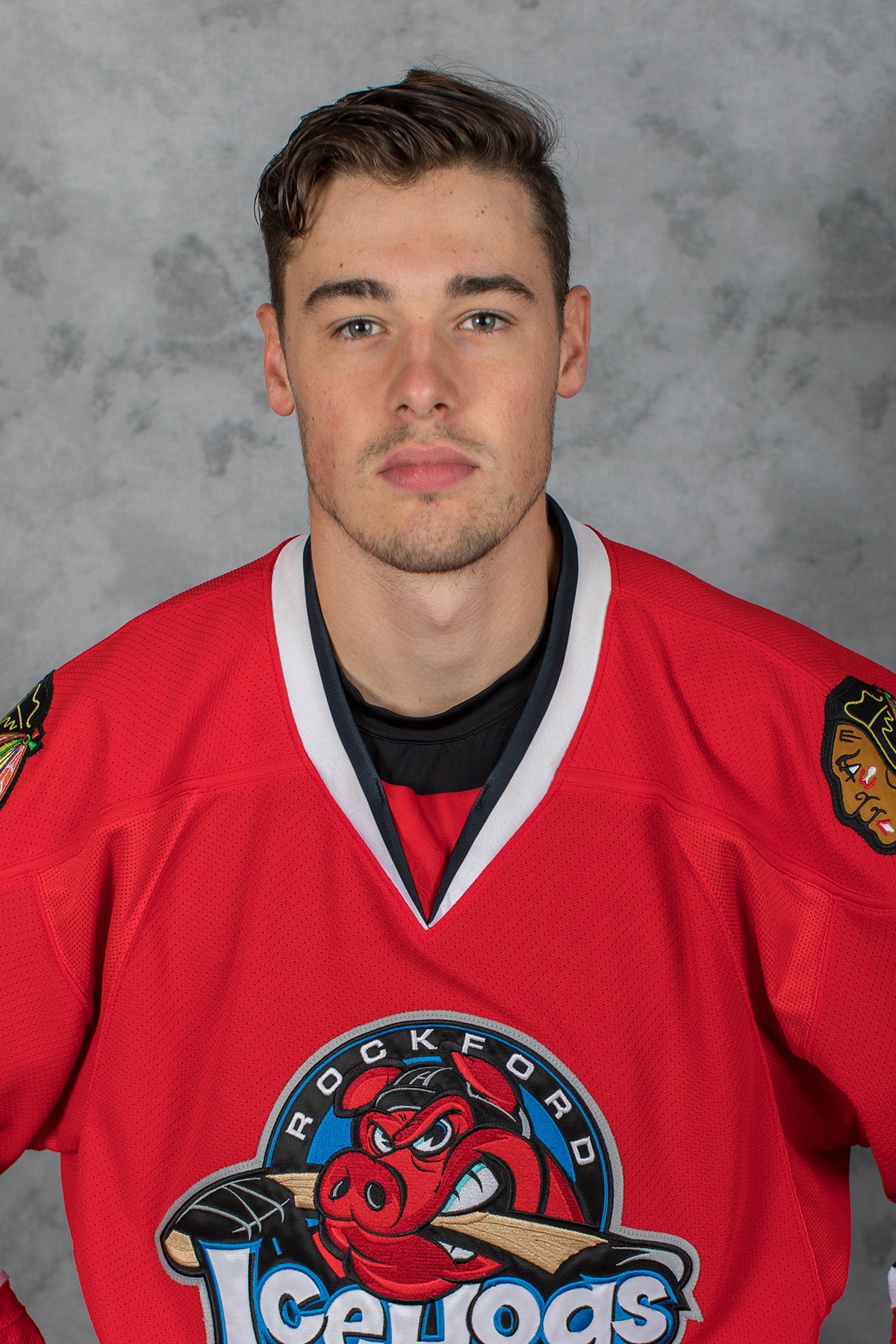 Fortin, 23, has posted 18 goals and 32 assists in 144 AHL contests with the Rockford IceHogs, while also netting three goals and three assists in 24 NHL games with the Chicago Blackhawks.

The 6-foot, 185-pound center generated a career-high eight goals in 44 games with the IceHogs during the 2019-20 campaign after amassing a career-high 21 points in 53 games with Rockford during his rookie season in 2017-18. The Blainville, Quebec native enjoyed a three-year career in the QMJHL, collecting 52 goals and 83 assists in 173 contests with the Rouyn-Noranda Huskies. The nephew of former Colorado Avalanche goaltender and Conn Smythe Trophy winner Jean-Sebastien Giguere, Fortin helped the Huskies capture a QMJHL Championship in 2015-16. 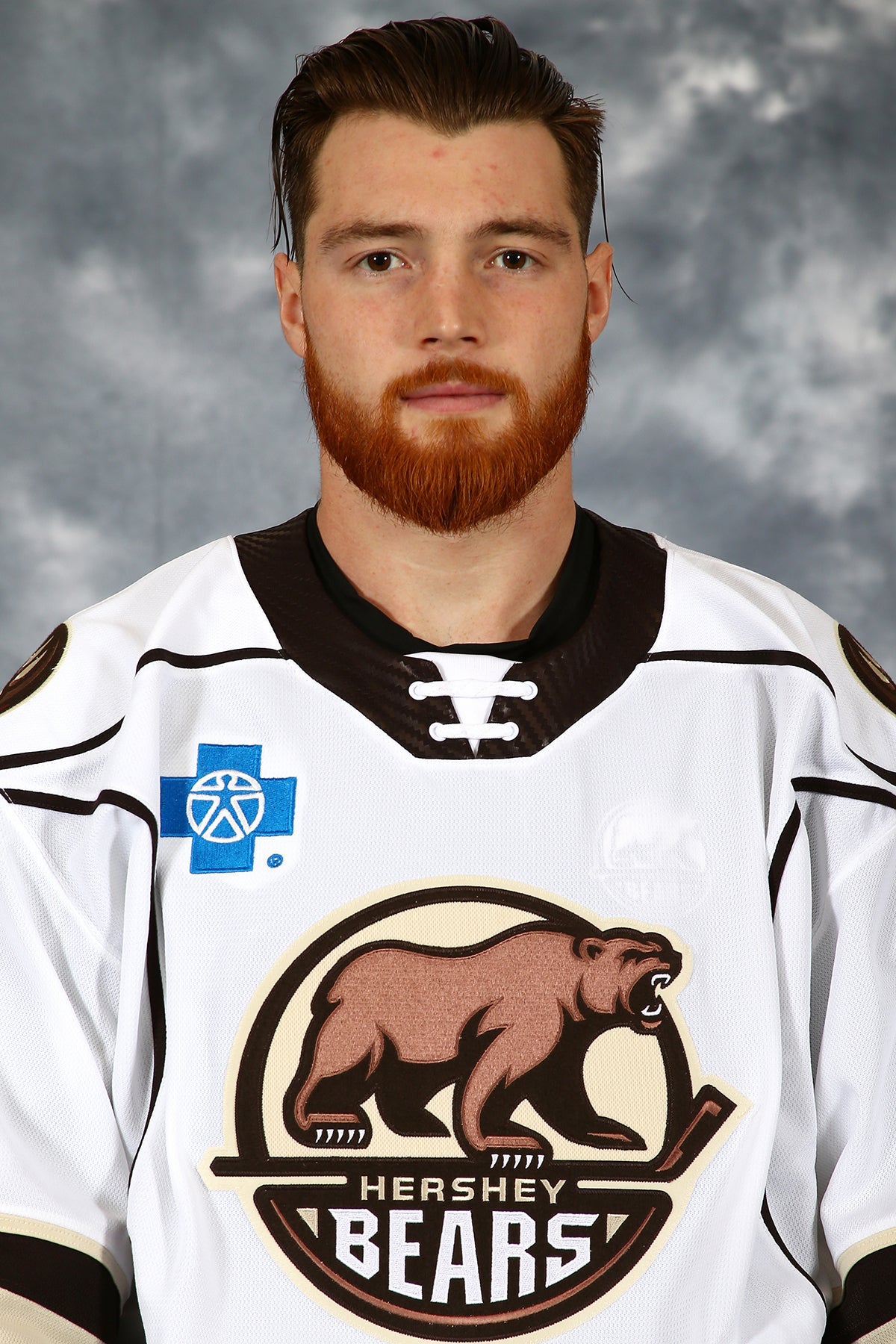 O’Brien has spent the previous six seasons with the AHL’s Hershey Bears, notching 63 goals, 74 assists and 638 penalty minutes in 370 contests. In addition, the 6-foot-1, 215-pound center has seen action in 17 NHL games, posting one goal, one assist and 28 PIM’s with the Washington Capitals.

O’Brien collected 10 goals and 19 assists in 59 games with the Bears during the 2019-20 campaign, while also leading the team with 83 penalty minutes. The Halifax, Nova Scotia native has posted at least 100 PIM’s in four of his six seasons with Hershey. Prior to reaching the professional level, O’Brien spent five seasons in the QMJHL with Rimouski Oceanic and the Rouyn-Noranda Huskies, amassing 95 points and 493 PIM’s in 261 total contests. He would also serve as the Huskies’ team captain during the 2013-14 season.

An undrafted free agent, O’Brien received a training camp invitation from Washington as a rookie and earned a spot on the Capitals season-opening roster, making his NHL debut on Oct. 9, 2014 against Montreal, earning his first NHL point with an assist on Oct. 14, 2014 against San Jose and netting his first NHL goal on Oct. 26, 2014 at Vancouver. 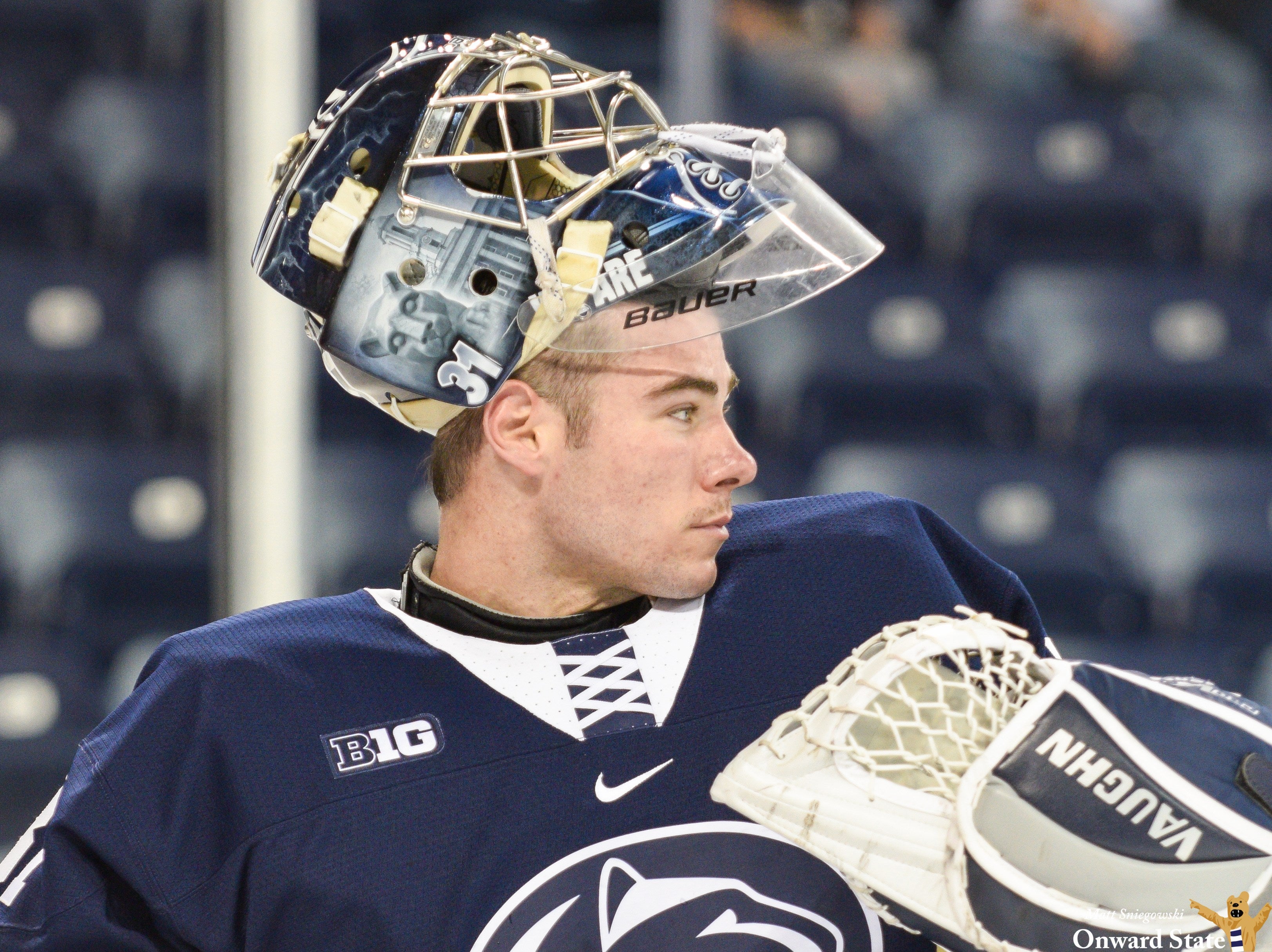 Jones, 24, recently concluded a four-year career at Penn State University, bursting onto the scene as a freshman by starting 36 games and leading the Nittany Lions to a Big Ten Championship. He would also be recognized by earning a spot on the Big Ten All-Rookie Team and being named the Big Ten Tournament MVP.

The 6-foot-4, 210-pound netminder compiled a 76-44-11 record as a four-year starter at Penn State and ranks first in program history in games played and games started by a goalie (133), minutes played (7,866), saves (3,685) and points/assists by a goalie (8). His 2.60 goals-against average compiled during both his freshman and senior seasons is tied for the second lowest GAA in school history. Jones would cap off his college career by helping propel Penn State to a Big Ten Regular Season Championship during the 2019-20 campaign. 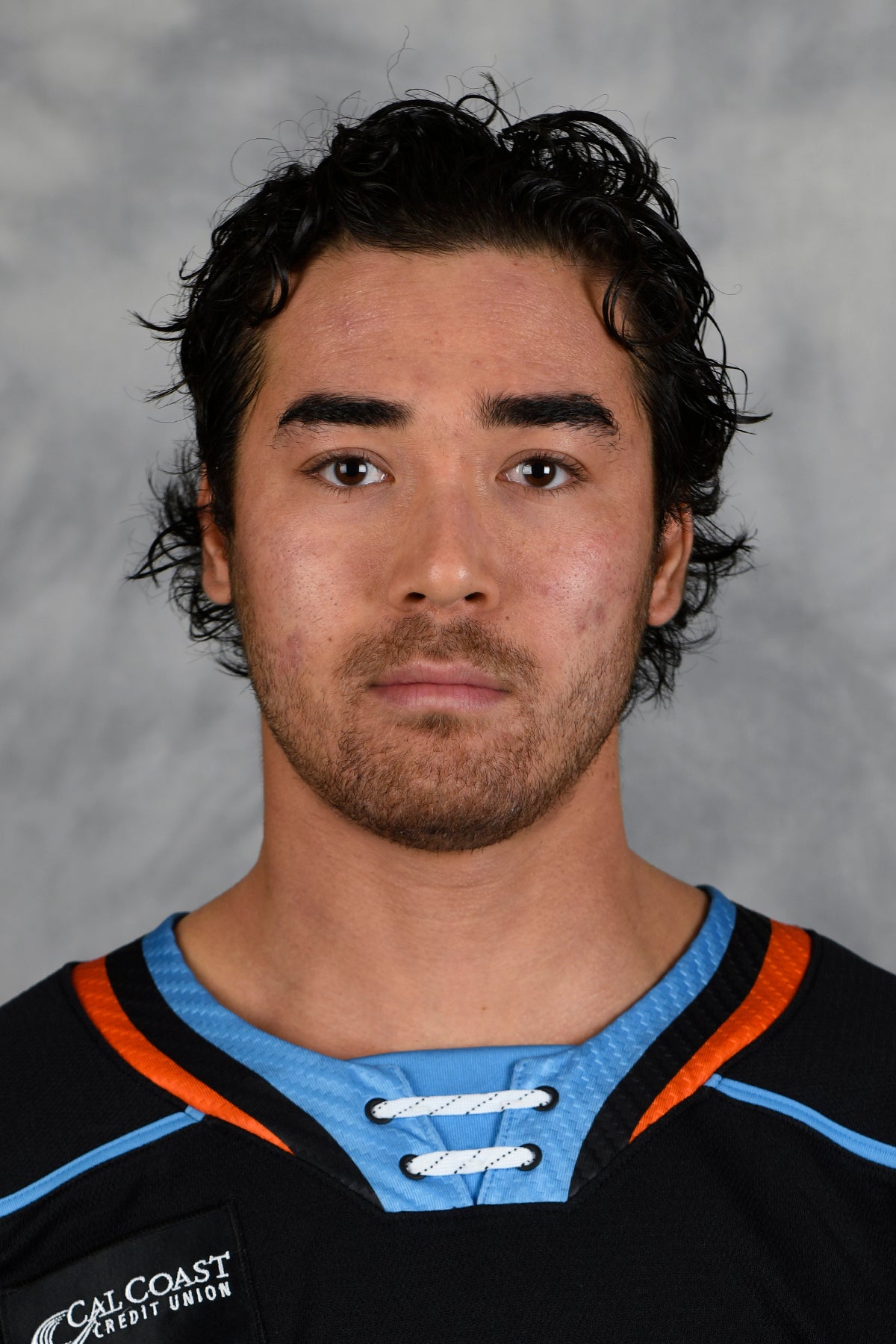 The Columbus, Ohio, native played three seasons for Miami University (Ohio) from 2015-18, registering 86 points (34g/52a) in 106 career games. Prior to college, Sherwood played for the Youngstown Phantoms of the United States Hockey League from 2013-15, recording 90 points (42g/48a) in 126 contests and skated in six games for the U.S. National Team Development Program during the 2012-13 campaign. 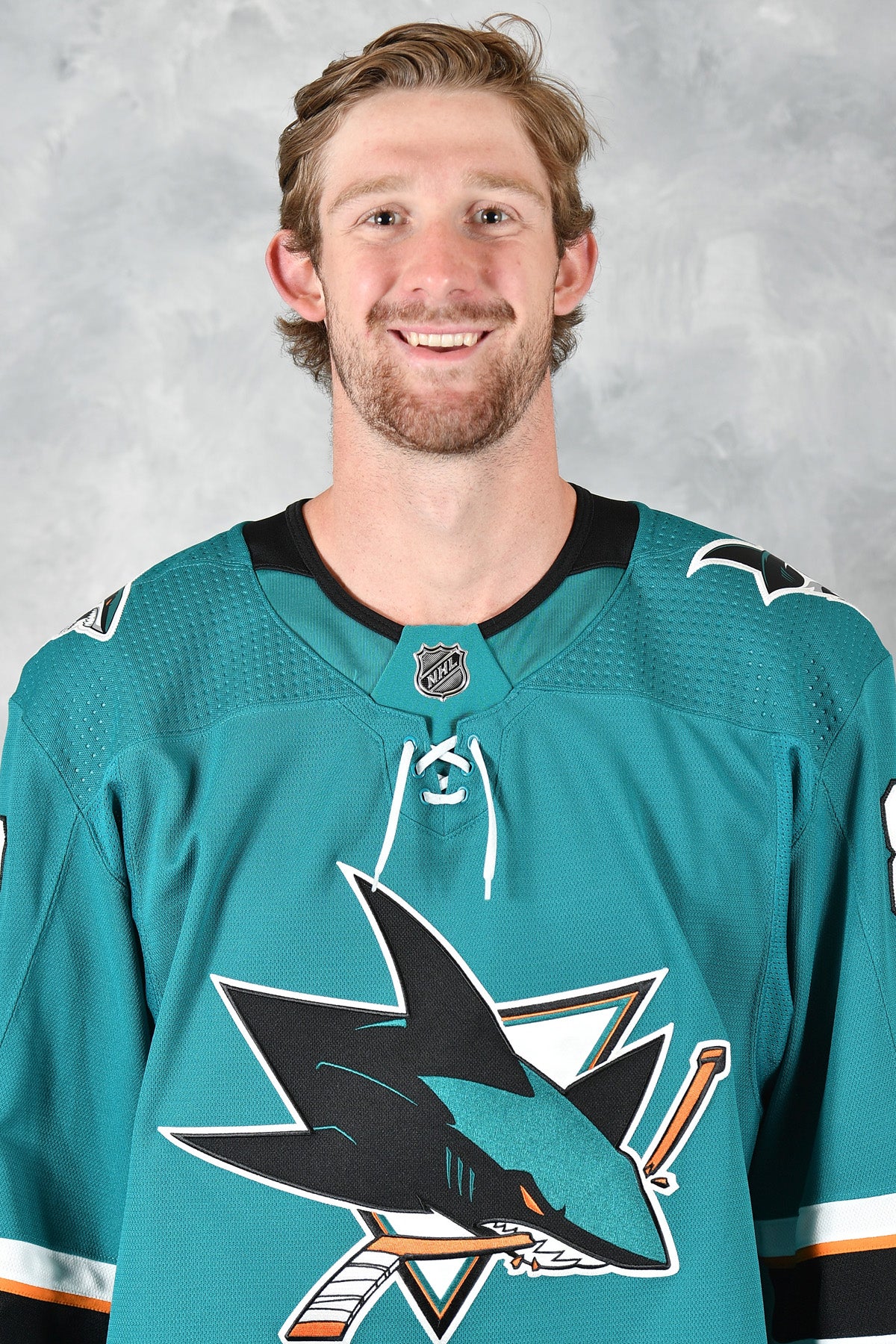 The 6-foot-5, 235-pound blueliner spent the previous two seasons with the San Jose Barracuda, notching 10 goals and 16 assists in 102 total contests while playing at a combined plus-minus rating of +18.

Middleton enjoyed a four-year career at the major junior level with the OHL’s Saginaw Spirit, collecting 11 goals and 47 assists in 255 games, while also serving as team captain during his final two seasons. The 2014-15 campaign saw the Stratford, Ontario native post two goals and nine assists in 61 games, earning him a spot on the OHL’s Second All-Rookie Team.

The 22-year old would go on to be selected in the fourth round of the 2016 NHL Entry Draft by the Toronto Maple Leafs. 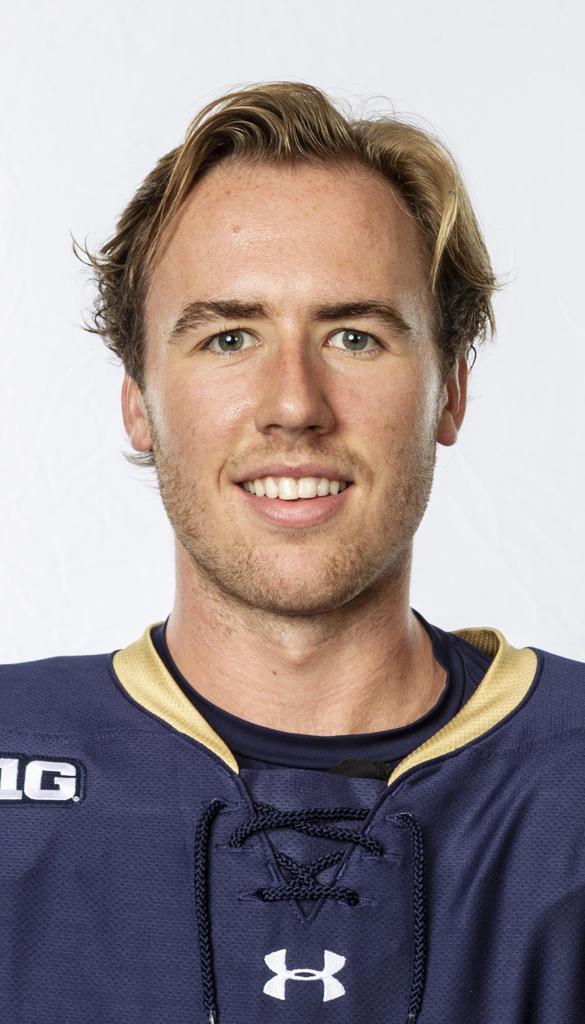 The 22-year old is fresh off a four-year career at the University of Notre Dame, posting 36 goals and 52 assists in 146 NCAA contests while collecting back-to-back Big-10 Championships in 2018 and 2019. Burke also served as team captain during a senior season that saw the 5-foot-10, 180-pound forward notch seven goals and 14 assists in 37 games with the Fighting Irish.

A native of Boxborough, Massachusetts, Burke also spent two seasons at the junior level with the Cedar Rapids RoughRiders. In 121 USHL contests, he amassed 34 goals and 45 assists and served as the team’s captain during the 2015-16 campaign.

In addition to his time at the collegiate level, the 25-year old also collected 36 goals and 30 assists in 121 USHL contests with the Madison Capitals, Fargo Force and Muskegon Lumberjacks.

Scheid, 25, is entering his first professional season after wrapping up a stellar, four-year career at Minnesota State University, Mankato. He makes the jump to the pro game having netted 25 goals and 72 assists in 158 NCAA games with the Mavericks. The 5-foot-11, 180-pound defenseman notched at least 22 points in each of his four seasons in Mankato, earning him a spot on the WCHA All-Star Team in three of his four seasons, while also cementing a spot on the WCHA All-Rookie Team during the 2016-17 campaign.

A native of Coon Rapids, Minnesota, Scheid helped propel the Mavericks to the WCHA Championship in 2019 and WCHA regular season titles in 2018, 2019 and 2020. 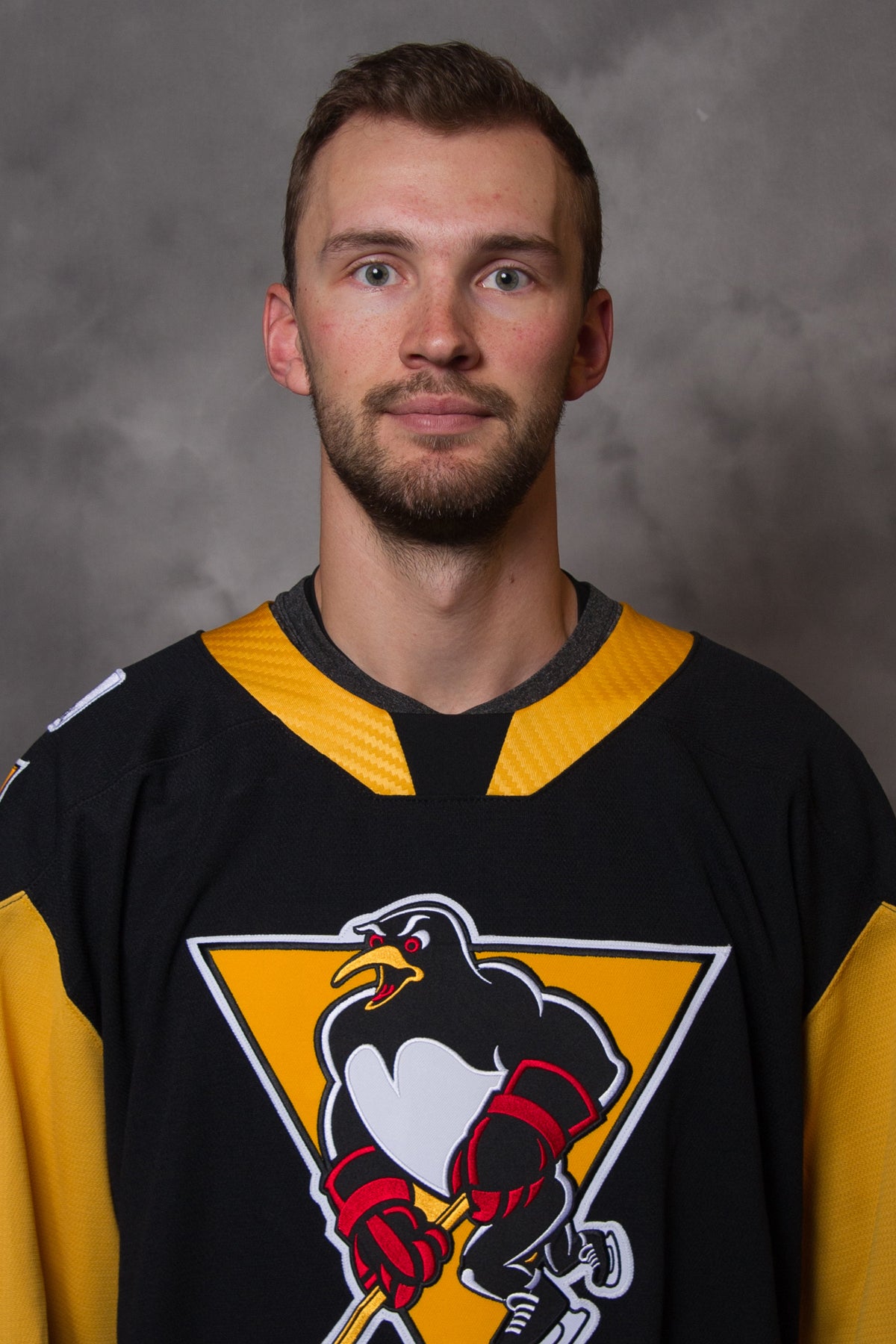 Abt spent the past two seasons with the AHL’s Wilkes-Barre/Scranton Penguins, and has also seen action in 32 games with the Wheeling Nailers of the ECHL. The 27-year old comes to Colorado having generated one goal and 15 assists in 90 total AHL contests with the Penguins, while collecting 16 points in his 32 games with the Nailers. The 6-foot-4, 185-pound blueliner spent four seasons at the Rochester Institute of Technology, posting 14 goals and 40 assists in 139 NCAA contests with the Tigers.

Abt would also help lead the team to back-to-back AHA conference championships in 2015 and 2016. The Leduc, Alberta native led RIT with 101 penalty minutes during his junior season in 2016-17 and finished his college career with 210 PIM’s. 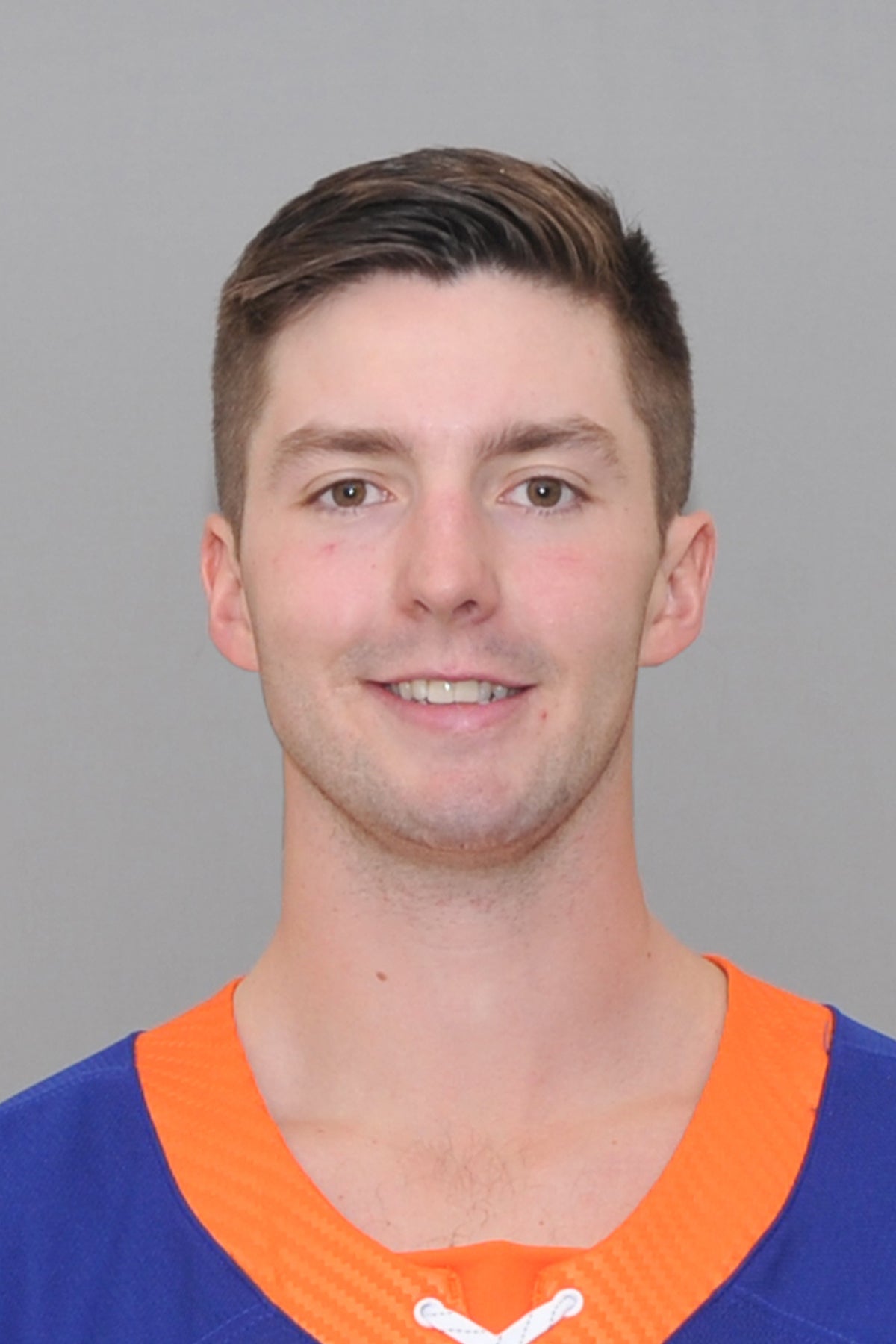 Colorado acquired Burroughs in a trade with the New York Islanders on Oct. 11, 2020. Burroughs, 25, recorded eight points (2g/6a) in 58 games last season for the Islanders’ American Hockey League affiliate, the Bridgeport Sound Tigers, where he served as team captain. It marked his first year in that role after serving as a co-captain the season before. Selected by the Islanders in the seventh round (196th overall) of the 2013 NHL Draft, Burroughs has totaled 82 points (17g/65a) and a +15 plus/minus rating over 313 career AHL games, all with Bridgeport.

The Vancouver, British Columbia, native played four seasons in the Western Hockey League prior to turning pro, collecting 120 points (22g/98a) for the Regina Pats and Medicine Hat Tigers. Burroughs served as captain of Regina for two seasons from 2013-15 before getting traded to Medicine Hat.

The Colorado Eagles will kick off the 2020-21 AHL season on Friday, February 5th. A complete schedule and additional season details will be released in the near future. Although fans will not be able to attend games at the Budweiser Events Center to begin the season due to COVID-19 restrictions, the Eagles will continue to work with state and local health officials to determine a time in which it is safe to once again welcome fans into the stands at the BEC. In the meantime, every game this season can be heard on “The Home of the Colorado Eagles,” 92.9 The Bear or streamed live on AHLTV.