Tonight the NHL’s second-round series between the Colorado Avalanche and Dallas Stars will give fans their first taste of a Game 7 in the 2020 playoffs. While Eagles country knows where their alliance stands, the same can't be said for Eagles' center Josh Dickinson, who is caught in the middle and picking a side isn’t so easy. 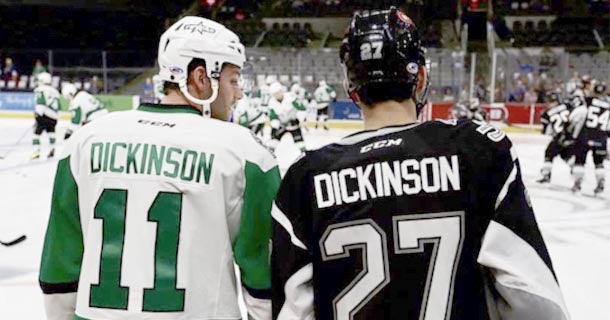 Born in Georgetown, Ontario, the soon to be third-year pro out of Clarkson University has spent the past two seasons in the Avalanche system. He has compiled 12 points in 40 AHL games, as well as 59 points in 60 games in the ECHL. Josh’s older brother Jason has spent the past two seasons as a member of the Stars after spending four years in the AHL. Which, for Josh, makes choosing who to root for complicated.

“It’s hard to choose one side,” Josh said. “On one end you have teammates on Colorado, but at the same time your brother is on the other side...it’s honestly 50/50 for me.”

Coupled with the number of injuries the Avalanche have dealt with during the playoffs, numerous members of the Eagles have found their way into the Edmonton bubble. Logan O’Connor, Kevin Connauton, and Conor Timmins have all stepped up big for the Avalanche when called upon. O’Connor and Timmins have made immediate impacts and received praise from Avalanche head coach Jared Bednar . Playing a combined nine games this postseason, Josh’s teammates have helped Colorado come back from a 3-1 deficit to force a game 7. Good for the Avalanche, but not good for Jason and the Stars.

“It’s funny, I was talking to (O’Connor) after one of the games,” Josh said. “He and (Jason) got into a scrum, and it was just funny texting both of them after the game...They all know it’s competitive, they’re all trying to get a Stanley Cup. It’s funny (to be) on both sides of it and hear the stories.” 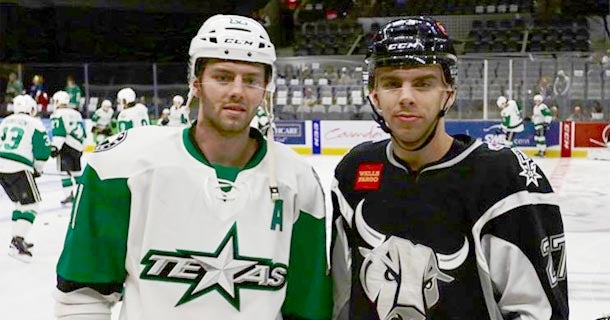 Off the ice, Josh has always had a positive relationship with his brother. The two train together in the offseason, and the younger brother has taken any advice Jason offers him.

”We talk all the time, we’re super close,” Josh says. “It’s nice having him to talk to because sometimes you’ll notice stuff in your own game, and he tells me how it is and what he sees.”

Josh will be rooting for Jason and the Avalanche, not the Stars, and he’s happy with the impact both his brother and teammates have made at the next level.