The dark jersey that was worn by the Eagles from 2015 through 2017 has been declared the winner of the Jersey Bracket Challenge as voted by fans as the favorite sweater worn by the Colorado Eagles during the organization’s first 17 years of existence.

The jersey made its debut during the 2015-16 campaign in which Colorado would race to a 41-27-3-1 record, capturing the ECHL’s West Division title in the process. The Eagles were led that season by captain Trent Daavettila who posted 80 point 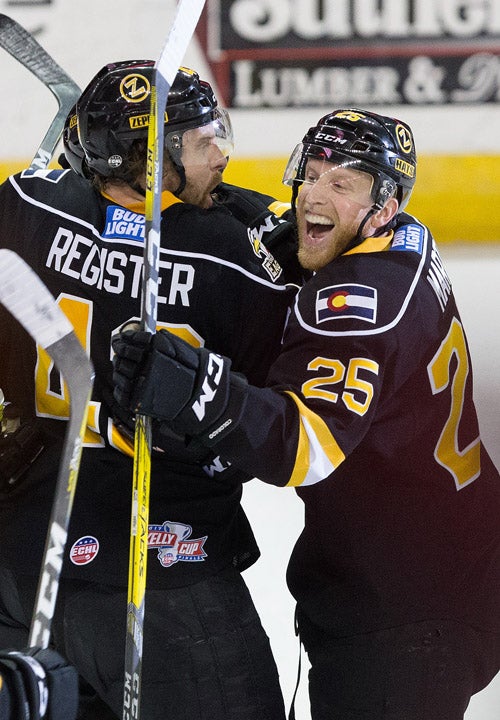 s in just 71 games. Forward Jesse Mychan would net a team-high 32 goals, while the Eagles also finished the regular season with a league-leading 1,427 penalty minutes, with 259 of those PIM’s coming from forward Darryl Bootland.

A mainstay along the blueline for five years, including two in the black and gold sweaters, defenseman Jake Marto had a great affinity for the jersey’s bold look. “The first thing I think about those jerseys is the fact that the black was so different from some of the other jerseys that we had worn,” said Marto. “They felt so intimidating. Every time we put those on, whether it was at home or on the road, I just felt like we were going to play well that night.”

The 2016-17 season would be the final year that Colorado would don the black and gold jerseys and the team would make it a season to remember. The Eagles rattled off a franchise-best, 17-game winning streak on their way to a 47-20-2-3 record in the regular season. Maintaining a physical brand of hockey that saw Colorado generate the second-highest penalty minute total in the ECHL (1,415), the team watched new team captain Matt Garbowsky score a team-best 36 goals, while fellow forward Casey Pierro-Zabotel finished the regular season with 88 points and 64 assists in 72 contests. 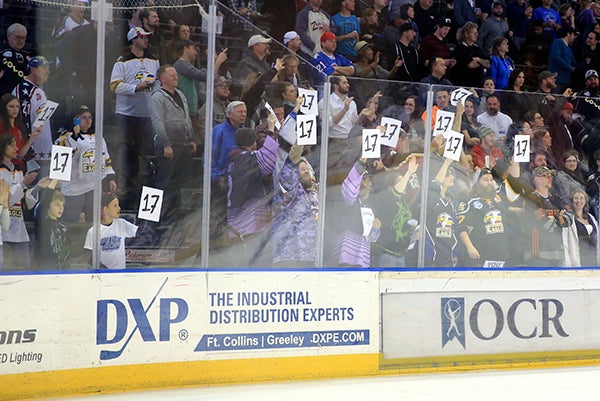 As a late addition to the roster, goaltender Lukas Hafner would solidify himself as one of the league’s best netminders in the playoffs by going 16-1 on the way to capturing the team’s first ECHL Kelly Cup Championship. Defenseman Matt Register would not only earn Defenseman of the Year honors during the regular season, but his eight goals and 16 assists in the postseason would secure him the ECHL’s Playoff MVP Award.  Not to be outdone, forward Alex Belzile led the Kelly Cup Playoffs in 2017 with 14 goals and 26 points, including a pair of game-winners. 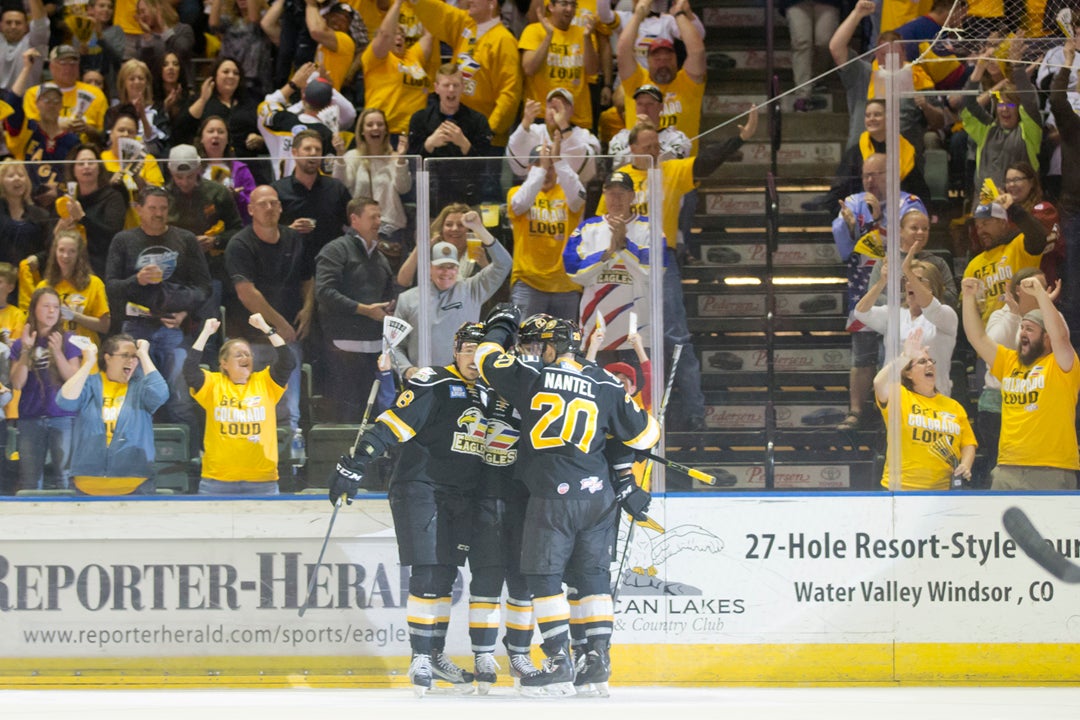 With 16 classic Eagles sweaters making up the Jersey Bracket Challenge, Marto was not afraid to offer his opinion as to which was the best in his book. “I’m glad that jersey won, I think it was such a good look and winning the championship in 2017 while wearing those during the playoffs was something special. I still have that jersey and it definitely means a lot to me and I have a lot of great memories when I look at it.” 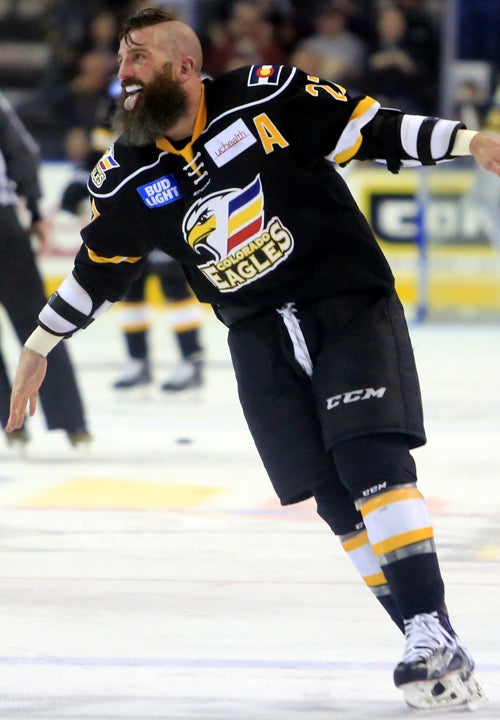 For defenseman Teigan Zahn, who amassed 319 penalty minutes over the two seasons that he wore the black and gold sweater, the jersey was part of an identity that the team owned and displayed night-in and night-out. “When I think back to those teams and the guys that we had and why we won the championship, the description that always comes up for me is ‘Mean Machine’,” said Zahn. “Guys like Bootand, Zimmerman, the list goes on and on. We weren’t scared of anyone and we proved that in the playoffs; we weren’t going to back down to anyone.”

After all the votes were counted we randomly selected a winner, using random.org's randomizer, to win one of our new jerseys for the 2020-21 season. Congratulations, David Hass, on being selected as the lucky winner of the newly designed 2020-21 Eagles jersey! Stay tuned to ColoradoEagles.com for the announcement concerning the new 2020-21 jerseys.