How To Watch the 2020 NHL Draft as an Eagles Fan

Although this year’s NHL Entry Draft will be a little different than years past, the fact of the matter remains; tonight, the dreams of many young athletes will come true. Playing in an NHL game puts you in a fraternity consisting of the best hockey players in the world, past and present, and being selected in the draft puts you on a path to join that exclusive club.

A key difference about the draft this year compared to prior years is that it will be completely virtual. Like us fans at home, the prospects will be watching the selections unfold on TV rather than attending in person.

There won’t be any pageantry or spotlight when a player hears their name called, but the selection process will remain the same. 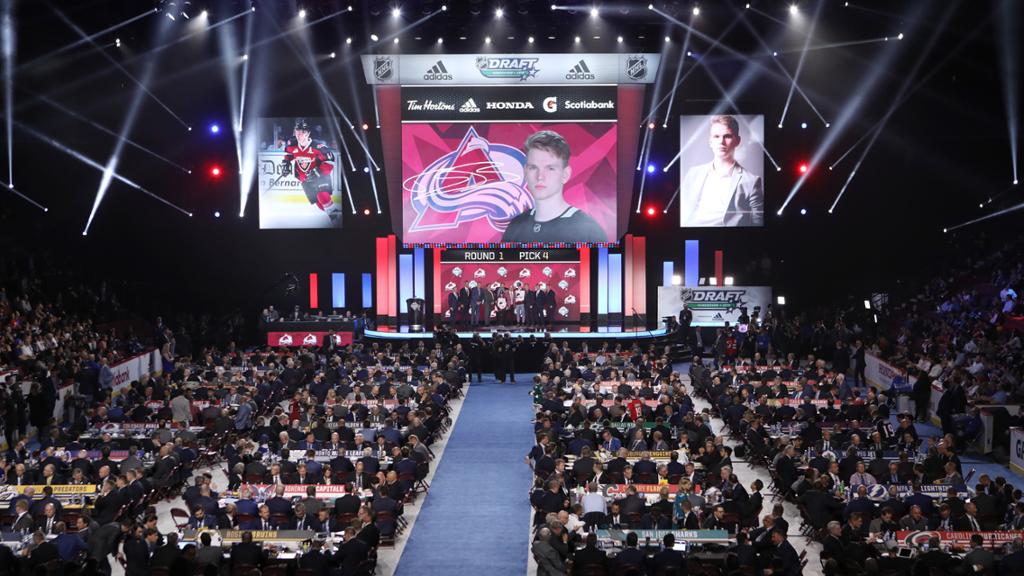 With the Eagles being the AHL affiliate of the Colorado Avalanche, fans in Loveland will have a chance to get a look at the fresh group of prospects that could be arriving in Loveland in the near future or later down the road. For the Avalanche, the success that has followed in previous seasons can be credited to a wealth of talented draft picks, well-executed free agent signings, and trades that have turned them back into a winning team. That success can be ensured through another great draft class this year.

Joe Sakic took over the reins as general manager in May 2013, and the organization has seen a drastic culture change that extends down throughout through their affiliates as well. 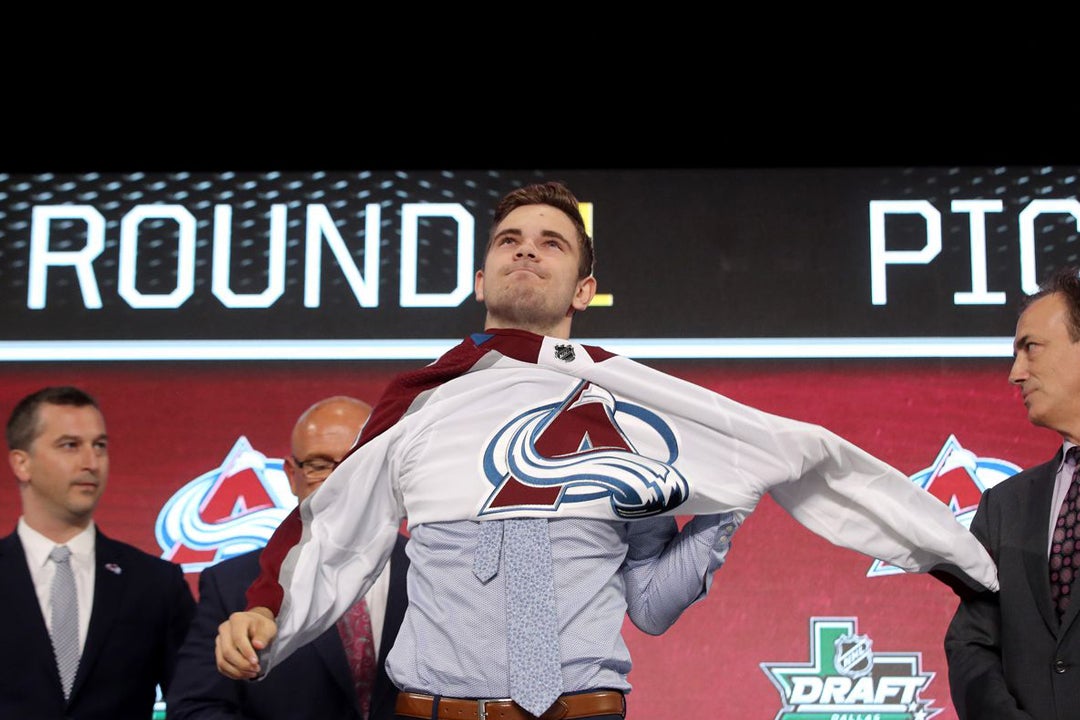 From 2013 to 2018 the Avalanche have had 20 of their prospects play for the AHL affiliate team. Fifteen of those players have spent time on the Eagles’ roster, the bulk coming in the 2015 and 2016 draft classes with four apiece.

Of the top-ranked North American skaters in this draft, there are a pair of homegrown players expected to be selected, Denver native Ty Smilanic and Brock Gould of Colorado Springs. Both are products of the Colorado Thunderbirds AAA youth hockey team, Smilanic ranks No.24 in the NHL’s Central Scouting list among NA skaters.

The 6’1 center played the previous season for the USNTDP U-18 team and has committed to play college hockey at Quinnipiac University in the upcoming season.

Gould spent his youth hockey days in the crease for the Thunderbirds before moving on to the WHL; standing at 6’5, the netminder comes in at No.9 on the NHL’s list for NA goaltenders.

Two freshmen of the University of Denver Pioneers also cracked the top NA skaters list with Carter Savoie at No. 50 and Michael Benning at No.57.

The Avalanche have their first pick at No.25 overall and will have five other selections in the draft, excluding the second round. Round 1 will begin tonight at 5 p.m. MT on NBCSN. Rounds 2-7 will continue Wednesday at 9:30 a.m. MT broadcasted on NHL Network.