LOVELAND, CO. – Colorado goaltender Justus Annunen stopped 22 of the 23 shots he faced, including several dramatic saves down the stretch, as the Eagles defeated the Henderson Silver Knights, 2-1 on Saturday. Defenseman Roland McKeown notched his first goal as an Eagle in the victory, while forward Ryan Wagner netted the game-winner in the third period to push Colorado over the top.

For a second-straight night, it would be Henderson collecting the first goal of the game, as forward Daniel D’Amato settled a loose puck in the slot before spinning and firing a shot into the back of the net. The tally was D’Amato’s first professional goal and gave the Silver Knights a 1-0 edge just 3:37 into the contest.

Colorado would earn a pair of power-play opportunities later in the first period, but goaltender Logan Thompson and the penalty kill would put the brakes on both of those chances on the man-advantage and Henderson would carry a 1-0 advantage into the first intermission.

Just minutes after Annunen made a highlight-reel save on a 2-on-0 shorthanded breakaway, Colorado would finally breakthrough on the scoreboard late in the second period. McKeown wrapped behind the net and fed the puck into the crease where it would deflect past Thompson. The goal was McKeown’s first as an Eagle and tied the game at 1-1 with only 1:13 left to play in the middle frame. 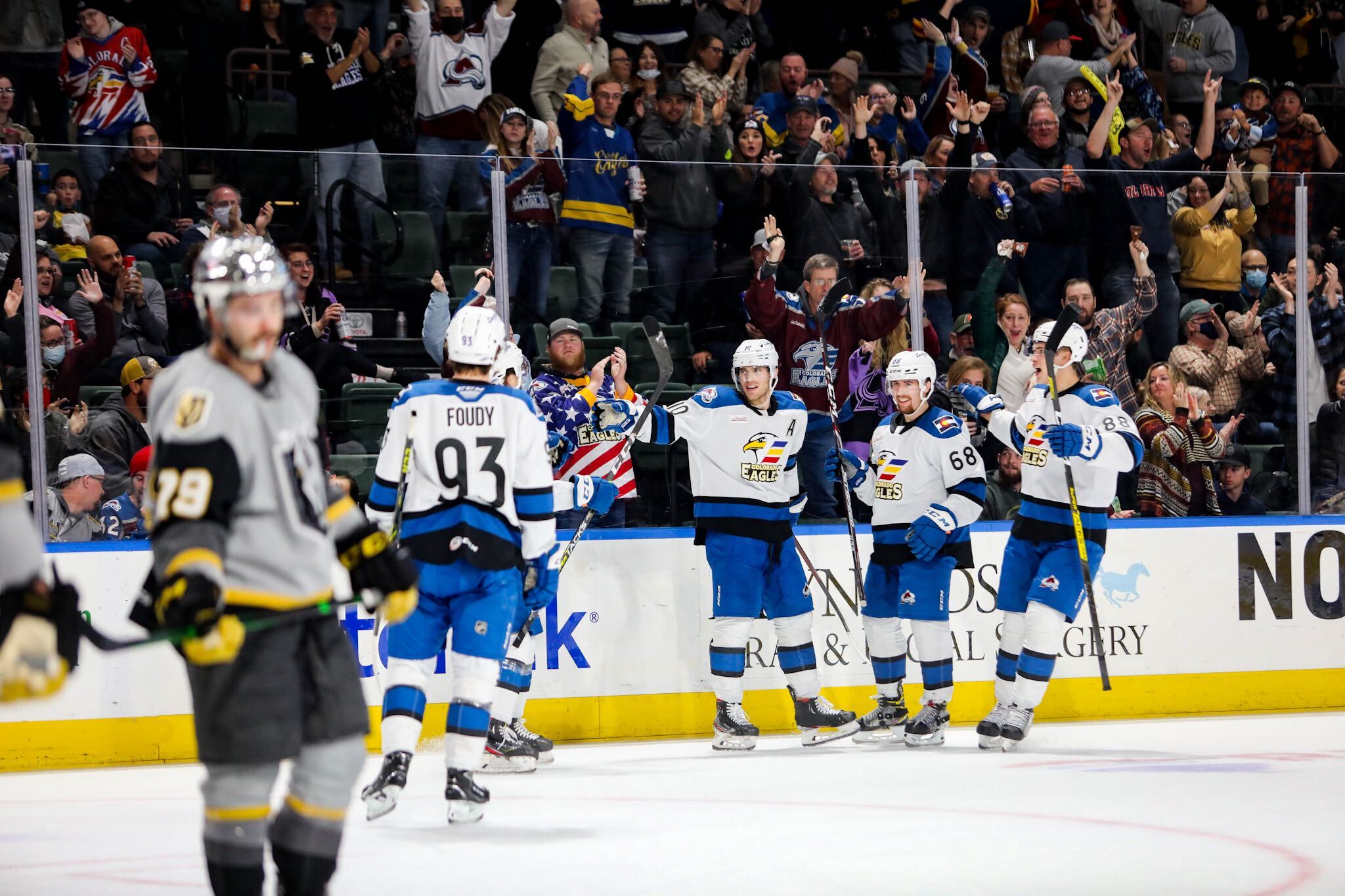 Still tied at 1-1 as the puck dropped on the third period, both teams would exchange scoring opportunities, but it would be Wagner who would bury a shot from the slot to give Colorado a 2-1 lead with 4:49 left to play in the contest. 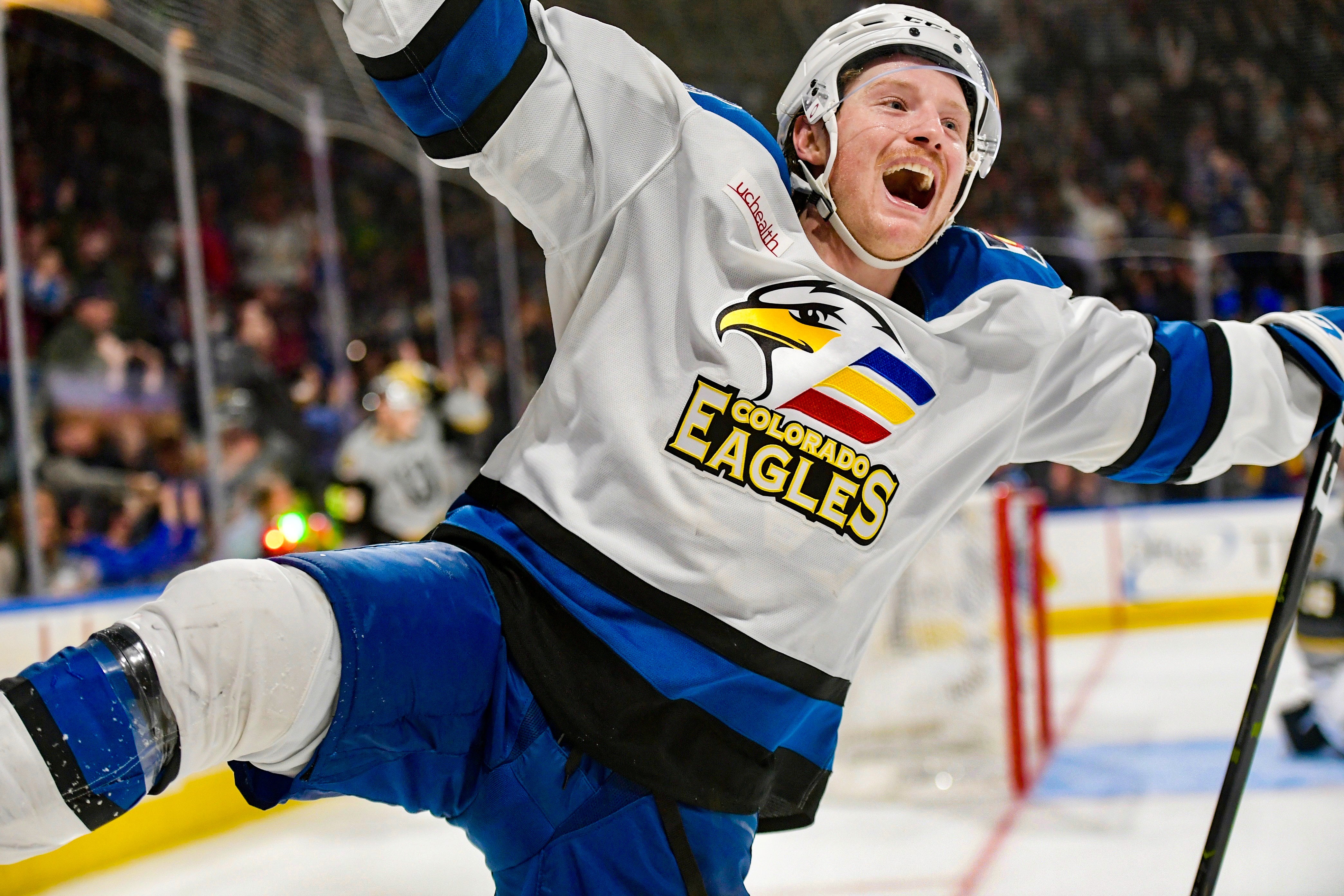 Henderson would pull Thompson in favor of the extra attacker in the final two minutes of the game, but the Eagles would hold on for the 2-1 win.

Colorado outshot the Silver Knights 31-23, as the Eagles finished the game 0-for-4 on the power play and 3-for-3 on the penalty kill.

The Eagles will return to action when they take on the Stockton Heat on Friday, November 26th at 7:05 pm MT at the Budweiser Events Center. Tickets for all regular-season games are on sale now and start at just $19. You can find more information on ticket packages, theme tickets, and promotional nights, by visiting ColoradoEagles.com or by calling the ticket department at (970) 686-7468.