Solid Foundation Has Burke on Road to Success

Having a solid supporting foundation is important for everybody and Callahan Burke, a center for the Colorado Eagles, is no different. For many hockey players, traveling across the globe to chase their dreams often involves a struggle to find those to rely on through the ups and downs. That's not the case for Burke, who uses his family, teammates, and coaches to help him be successful on a day-to-day basis.

Burke was born in Boxborough, Massachusetts where the Boston Bruins and hockey are prominent, and with a father that played hockey at a high level, the sport was an easy path to follow. Callahan’s father Garrett Burke played for UMass-Lowell in the late ‘80s and ended up coaching his son through the ranks of youth hockey in the Massachusetts area. Callahan credits his father for teaching him the game.

“Everything I know about the game is from him,” Callahan said. From the time he was learning to skate up until high school, having his dad as his coach meant that Callahan wasn’t allowed to cut corners, but was instead able to develop as a hockey player even more with his father behind the bench. Even now, the two “talk after every game” allowing Callahan to ask for advice and share his thoughts, even if it's through his phone instead of inside a locker room. Callahan’s younger brother Cameron has also played a huge role in his support system, as they have been teammates several times throughout their careers, and train together in the offseason. The two “push each other to be better” and sharpen each other's skills. 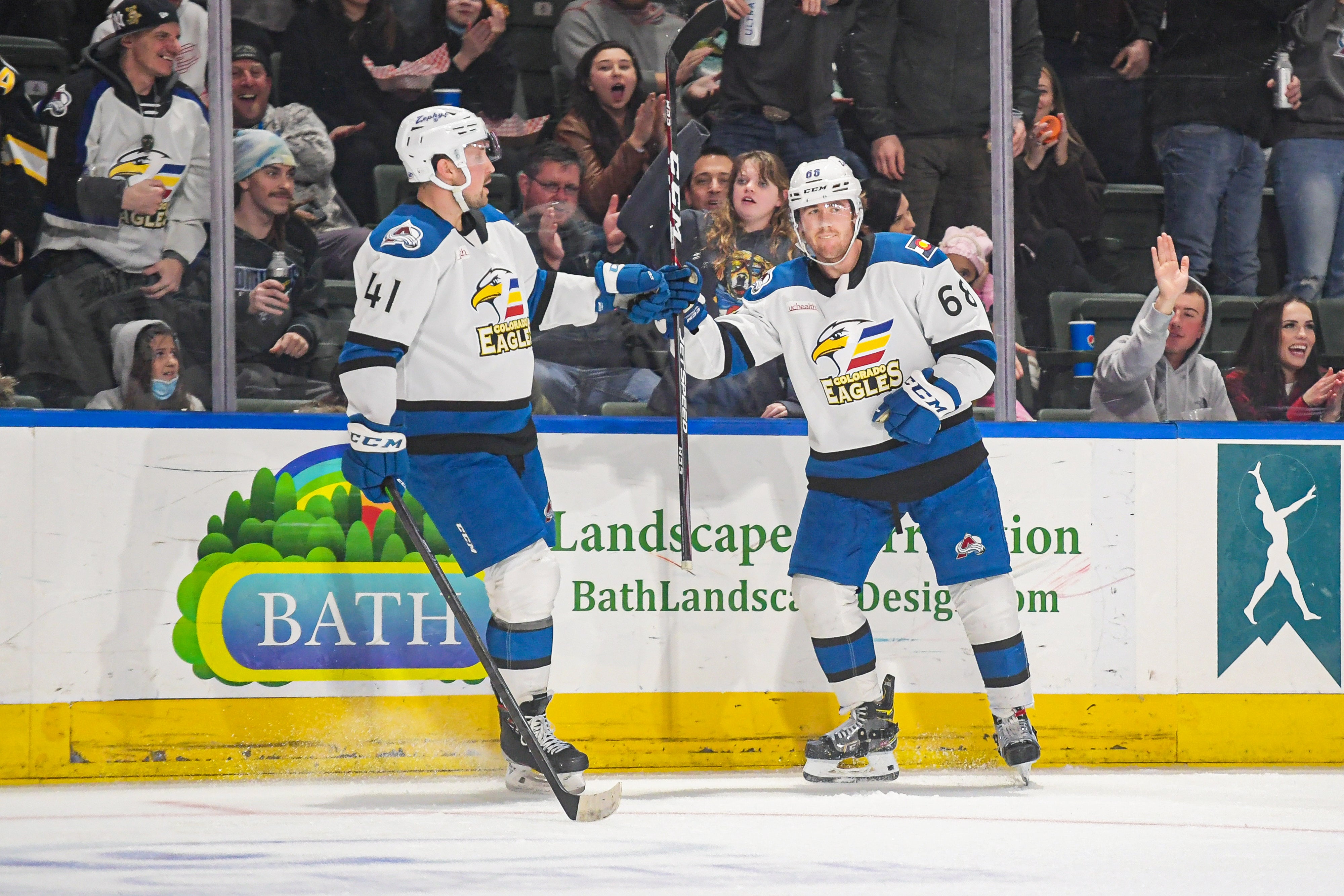 In his late teens, Callahan decided not to play junior hockey in Canada but instead chose to attend the University of Notre Dame to further his education and play hockey at the same time. Callahan says that growing up in the U.S. played a major role in his decision to attend college, along with his “love for the Fighting Irish” as a kid.

After “learning how good of a school it was” along with “how awesome the hockey program is,” he found his home and played at Notre Dame for four years.

“It made me a well-rounded person,” Callahan added when asked about his time on campus, where the importance of leadership and community was ingrained in him. After graduating from high school, Cameron Burke followed in his brother’s footsteps by attending Notre Dame and playing for the hockey team during Callahan’s junior year. Sharing the ice with his brother was something that helped create a strong base for the two, as they were able to continue pushing each other to develop as players and students.

In 2020, Callahan graduated with a degree in analytics and was signed to the Colorado Eagles to start his professional hockey career. Callahan cited playing at the NCAA level, where he competed against stronger and older competition, helping to ease his transition to the AHL. Having the extra years at the NCAA level allowed him to physically develop and learn more about the game before jumping into the professional level.

Since arriving in Loveland in 2020, Callahan has been accompanied by some familiar faces as he has had the chance to play in the AHL with former college teammates Dennis Gilbert, Nate Clurman, and Jordan Gross.

“Colorado has a thing for Notre Dame guys I guess,” Callahan said. Having these familiar faces around helped him find his game more quickly. Due to the existing chemistry, and because they “all knew how each other played and what they bring,” Callahan had the rare opportunity of joining a new team with familiar teammates. Burke lived with Gilbert in his first year with the Eagles, where commutes and dinner conversations were shared every day. The group already shared “a tight bond” and could talk about anything with each other in their time of adjustment.

Having these consistent relationships has resulted in Burke taking a step forward in his development this season and showing up on the score sheet more often. While his relationships with his teammates contributed to his success, he also mentions how his coaches have played a vital role in improving his scoring. 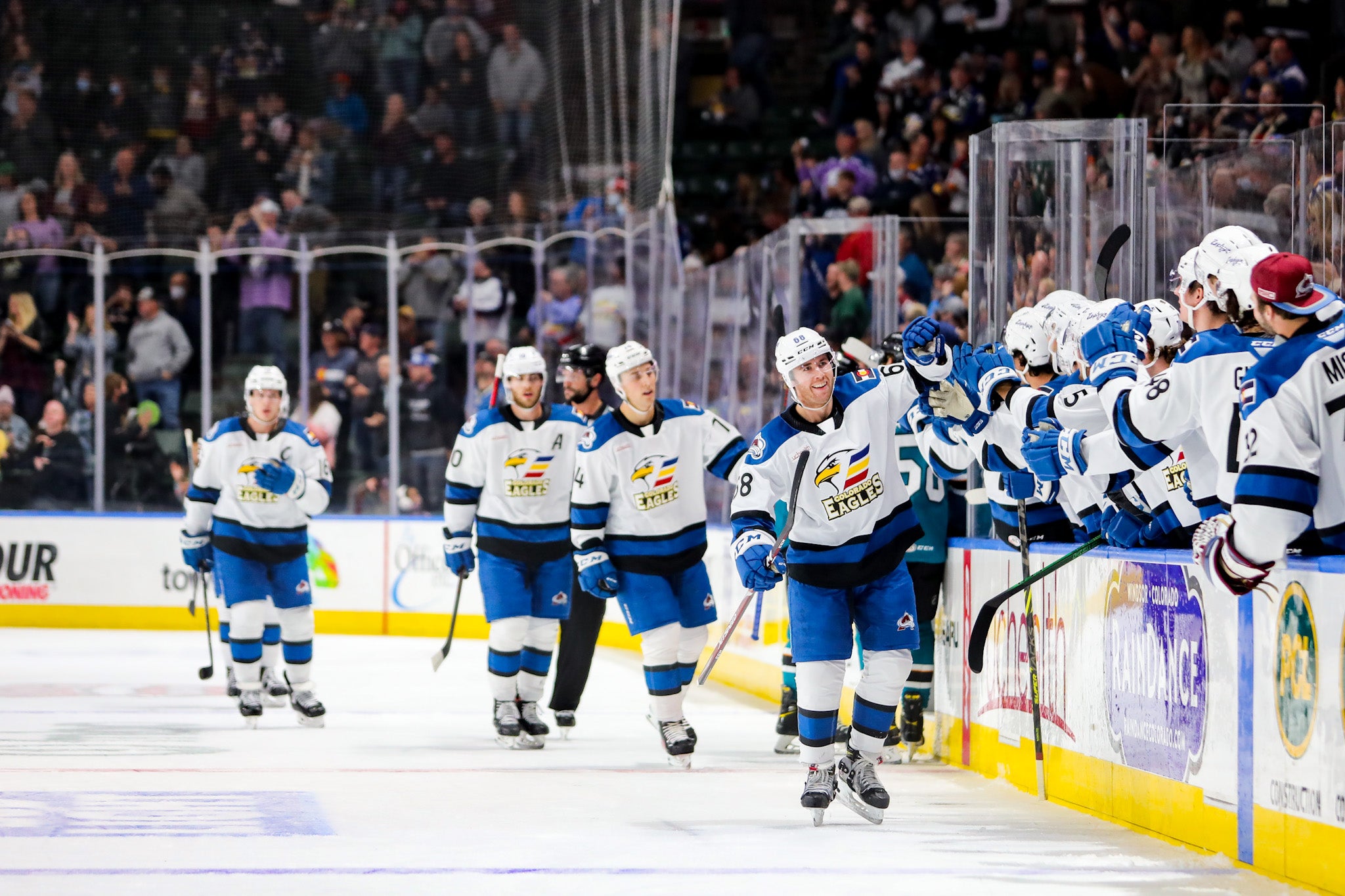 “They’ve really believed in me the whole time,” Callahan said. The coaches pointed out several things they thought he could work on in the offseason and had faith that Callahan could become “someone who could score.” The coaching staff’s intuition was right, as Burke currently sits fourth on the team with 10 goals and has added 14 assists.

His jump in production hasn’t gone unnoticed, as in December he signed a one-year deal with the Colorado Avalanche. Signing an NHL deal is something that almost every kid playing hockey dreams of doing, and Callahan was no exception.

“It was awesome,” Callahan exclaimed when asked about what it was like putting pen to paper. His agent gave him the news via a phone call and Callahan could only describe it as “super rewarding” and considers himself lucky to be able to stay in Colorado.

“I’ve loved Colorado since I’ve come here and I’m grateful to have the chance to be with the Eagles and stay with this team and this community,” Callahan said.

The 24-year-old has put in a lot of work to get where he is, and along with the help of his friends, family, teammates, and coaches, Callahan is producing at a higher level and helping the Eagles win. When accounting for everyone who has helped him along the way and the people in Loveland who have contributed to his success, Callahan said “I wouldn’t want to be anywhere else.”